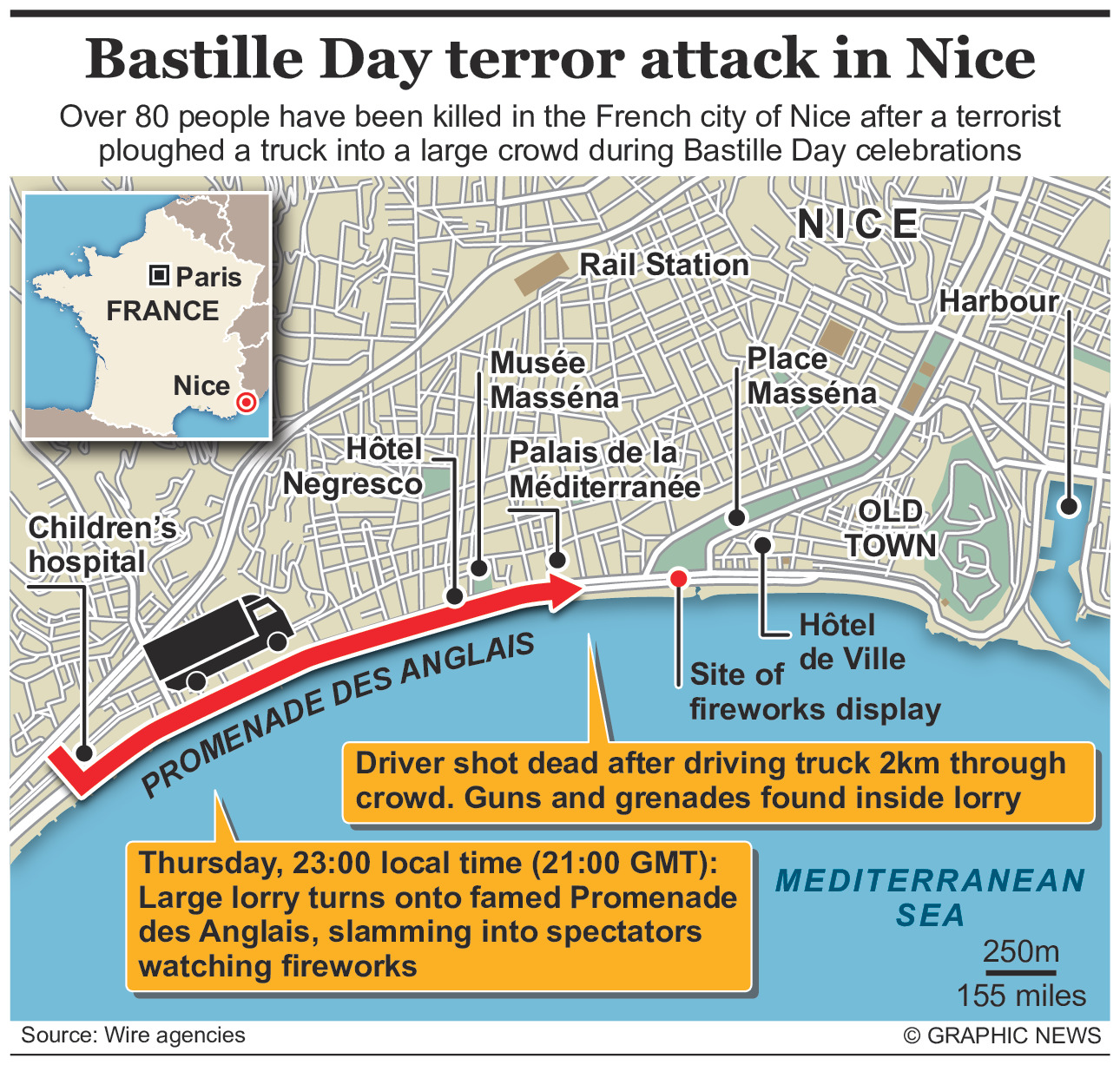 On Thursday, shortly before midnight a truck drove into a crowd in Nice, France and killed dozens of people, who had gathered there to watch the fireworks for the national Bastille Day celebrations.

A total of 84 people have died, according to the French interior ministry. Another 18 people are in critical condition, and many more have less serious injuries. The driver was shot dead after barrelling the truck two kilometres (1.3 miles) through the festive crowd on the palm-lined Promenade des Anglais, sending hundreds fleeing in terror and leaving the area strewn with bodies.

Authorities said they found identity papers belonging to a 31-year-old French-Tunisian citizen in the truck, as well as “guns” and “larger weapons”.

The French president, François Hollande, said the “terroristic character” of the attack “cannot be denied” and vowed that France would stay strong in the face of “fanatics.” It would be the third such attack in France since the attack on the satirical publication Charlie Hebdo in January 2015, which led to unprecedented national security measures. In November, 130 people were killed in attacks at the Bataclan Theater and surrounding restaurants in Paris.

Match the verbs with their definitions.