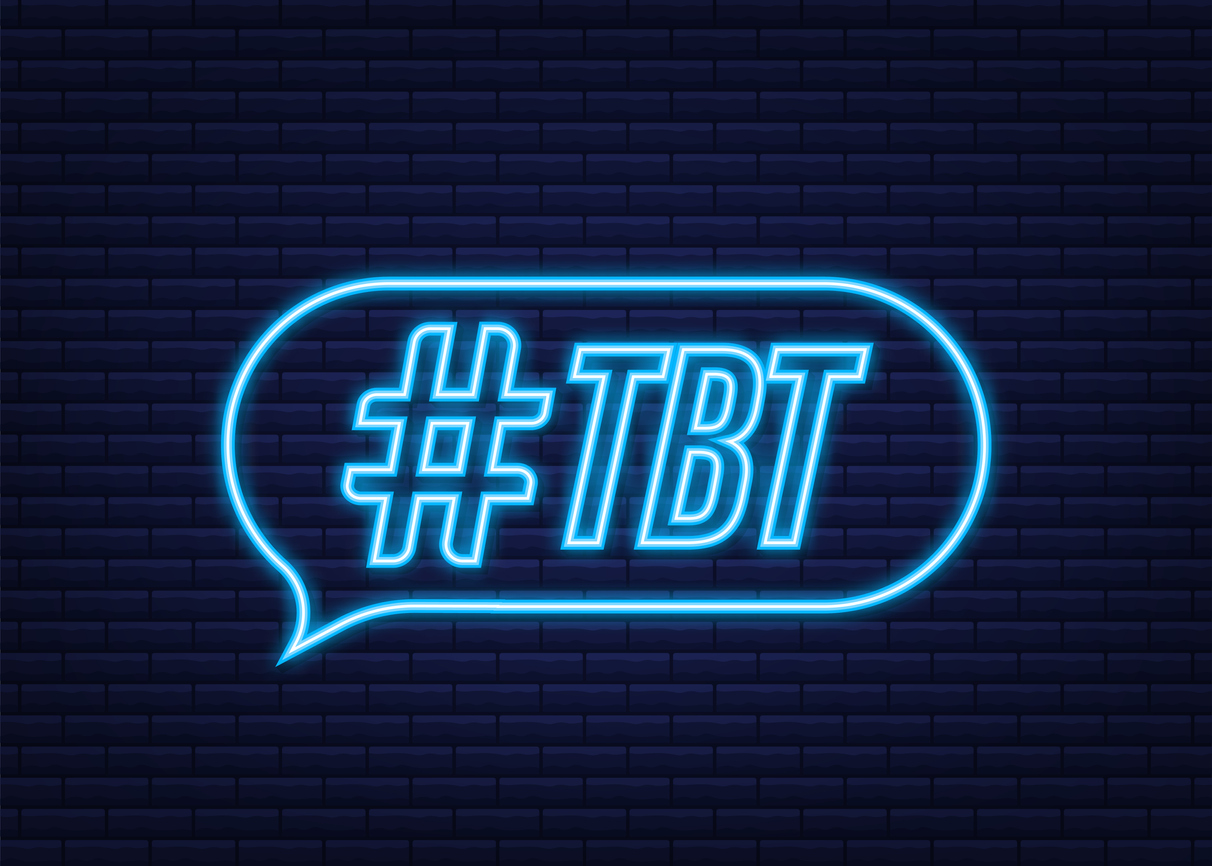 Throwback Thursday or #TBT is an internet trend used among social media platforms such as Instagram, Twitter and Facebook. On a Thursday, Users will post nostalgia-inducing picture – from a different era of their life, accompanied by the hashtag #TBT or #ThrowbackThursday. Many posts reflect positive moments, or funny, old clothes, hair and styles. Throwback Thursday can be attributed to any photo in one’s past memories whether it be childhood, old relationships, past vacations, old songs, or anything that gives one a “happy and nostalgic feeling.”

Like many internet trends, it is hard to determine who exactly started the #TBT hashtag trend.

Sports Illustrated attributes the origin of the term to a sneaker-specific blog named Nice Kicks. According to SI, this blog began a practice of regular postings (on Thursdays) of photos of old basketball footwear in 2006, titling the series “Throwback Thursday”. Since then, the slogan has blown up to the point where #TBT has been used on Instagram over 500 million times. While the trend has origins outside of social media, it only gained popularity once major apps such as Instagram began to rise in popularity as well.

Similar to Throwback Thursday, Flashback Friday was a popular hashtag several months before Throwback Thursday was. Although both hashtags are similar, what makes them different is the days on which one can post a nostalgic picture. Flashback Friday is a second chance for social media lovers to upload a photo if they have forgotten on Thursday, or even for people to upload more vintage photos that allows them to share their content as many times as they want. On Fridays, social media users should use the hashtag #flashbackfriday or #fbf to follow the trend.

The definitions of throwback and flashback may differ slightly, but the point is the alliteration. Both hashtags are used to reflect on memories, movies, songs, shows, products, events, or trends from the past. Content shared for each hashtag is almost indistinguishable.

Monday Motivation is a slogan redistributed on social media platforms such as Twitter, Instagram and Facebook under the hashtag #MondayMotivation where users of the social media sites post positive messages on a Monday. Positive quotes and uplifting messages are included in this hashtag as well as many photographs. Monday was the chosen day for such hashtag as a result of the widely known Monday Blues phenomena. The hashtag also aims to inspire productivity for all, with users using this hashtag for motivating other users to get out of bed on a Monday morning.

Celebrating Thanksgiving – Cos’è il Giorno del Ringraziamento e cosa si festeggia?
To Top
We use cookies on our website to give you the most relevant experience by remembering your preferences and repeat visits. By clicking “Accept”, you consent to the use of ALL the cookies.
Cookie settingsACCETTO
Manage consent