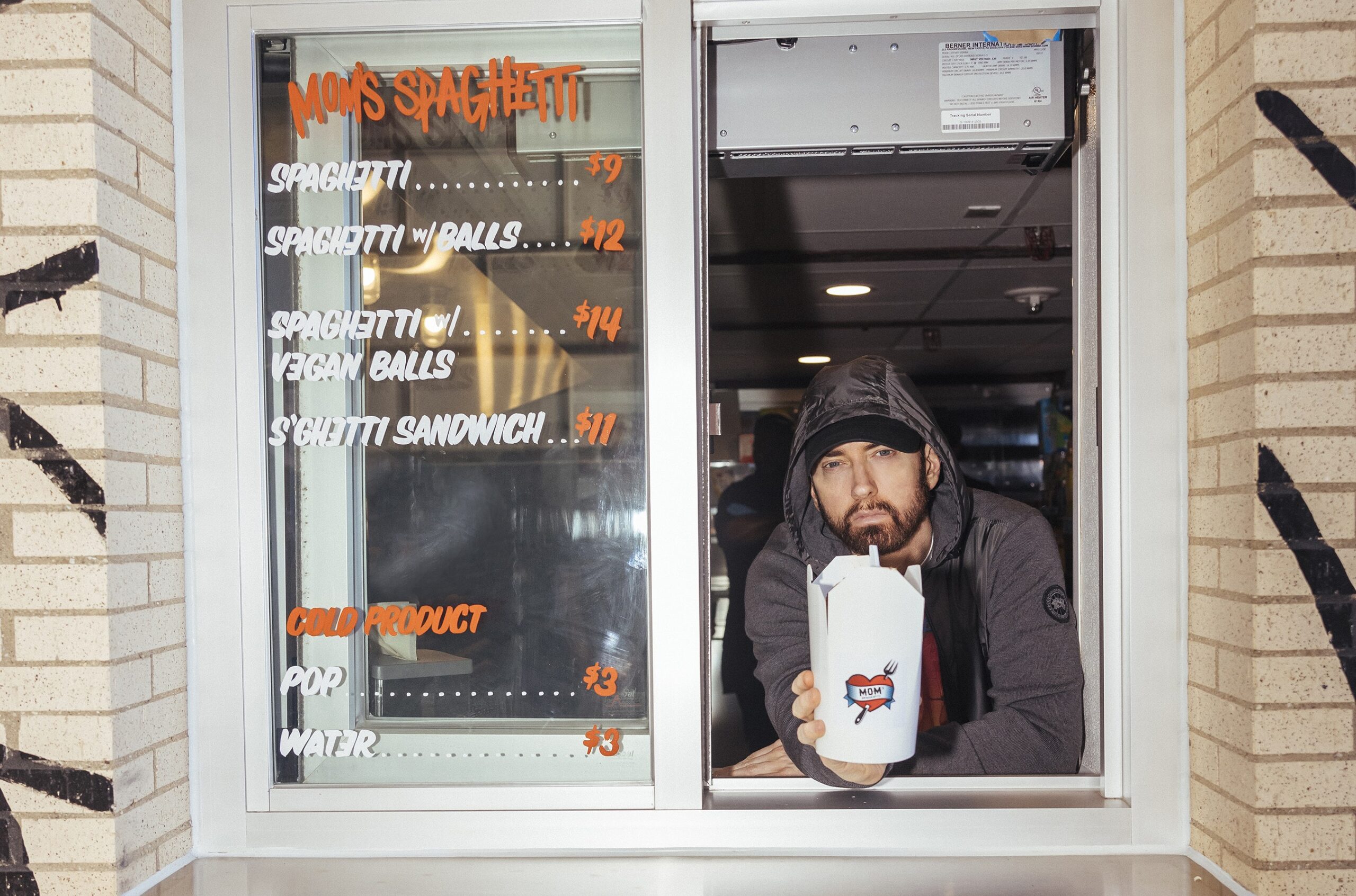 Eminem is serving up more than just bars with his next venture. He’s serving mom’s spaghetti, literally.

The rapper has teamed up with Union Joints Restaurant Group to launch a restaurant called Mom’s Spaghetti in his hometown of Detroit. The restaurant opened Sept. 29.

As fans know, the moniker comes from the famous line in Eminem’s 2002 hit song “Lose Yourself,” in which he raps, “His palms are sweaty, knees weak, arms are heavy / There’s vomit on his sweater already, mom’s spaghetti.”

A 30-second trailer promoting the new food joint starts off with a shot of the Detroit skyline. The rest of the clip reveals the menu, which includes, of course, spaghetti, with or without meatballs, and a s’ghetti sandwich.

This isn’t the first time Eminem has brought his lyrics to life. He hosted a pop-up in 2017 and also donated pasta to front-line workers during the beginning of the pandemic in April 2020.