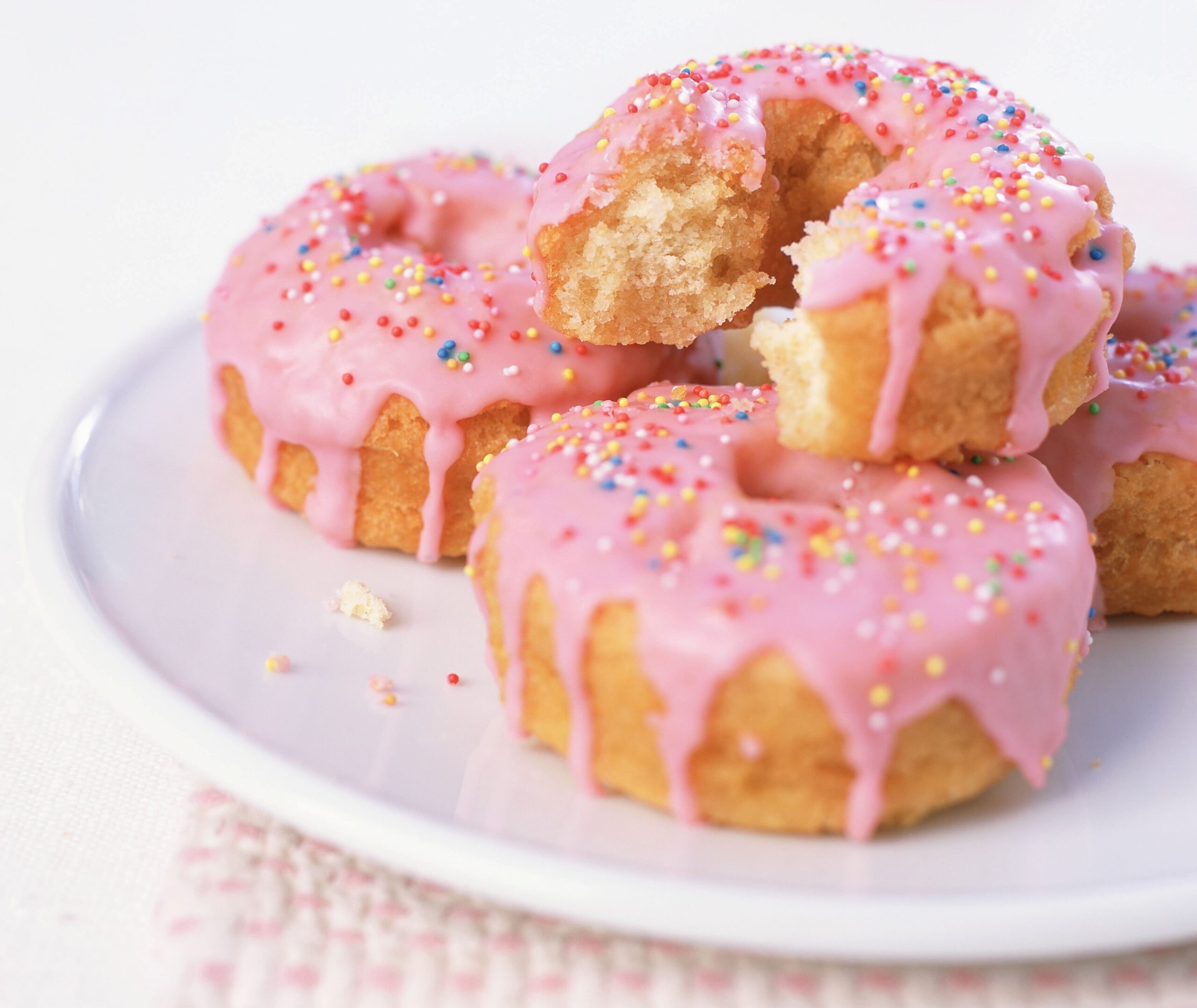 This is two recipes in one – make the ring doughnuts and cover them in a glacé icing, then cook the centres and toss them in caster sugar to make little munchies.

Heat the oil in a deep fat-fryer to 170C. Meanwhile, sift the flour and baking powder into a bowl and stir in the sugar. Beat the egg and oil into the milk and add to the dry ingredients, beating with a spoon to bind them together. Knead lightly on a floured surface until smooth, then roll out to a 2cm thickness. Flour the cutters and use the larger cutter to cut out rounds of dough, and the smaller one to cut out the centres. Re-roll the trimmings and cut more a further 2-3 minutes, until they’re an even golden colour and cooked through. Lift on to kitchen paper to drain briefly and then transfer them to a wire rack to cool. Cook the munchies for about 4-5 minutes, turning once. Remote them from the oil and drain on kitchen paper and, while they’re still hot, toss them in the cinnamon sugar to coat evenly, shaking off any excess. Place on wire racks to cool completely. To decorate the ring doughnuts: Add sufficient water to the icing sugar to give a spreading consistency. Colour the icing with the food colouring and then spread it over the doughnuts with a knife, one at a time sprinkling a few Hundreds and Thousands on each while the icing is still wet and before decorating next doughnut. Leave for the icing to set. The doughnuts are best eaten on the day they’re made. Not suitable for freezing.