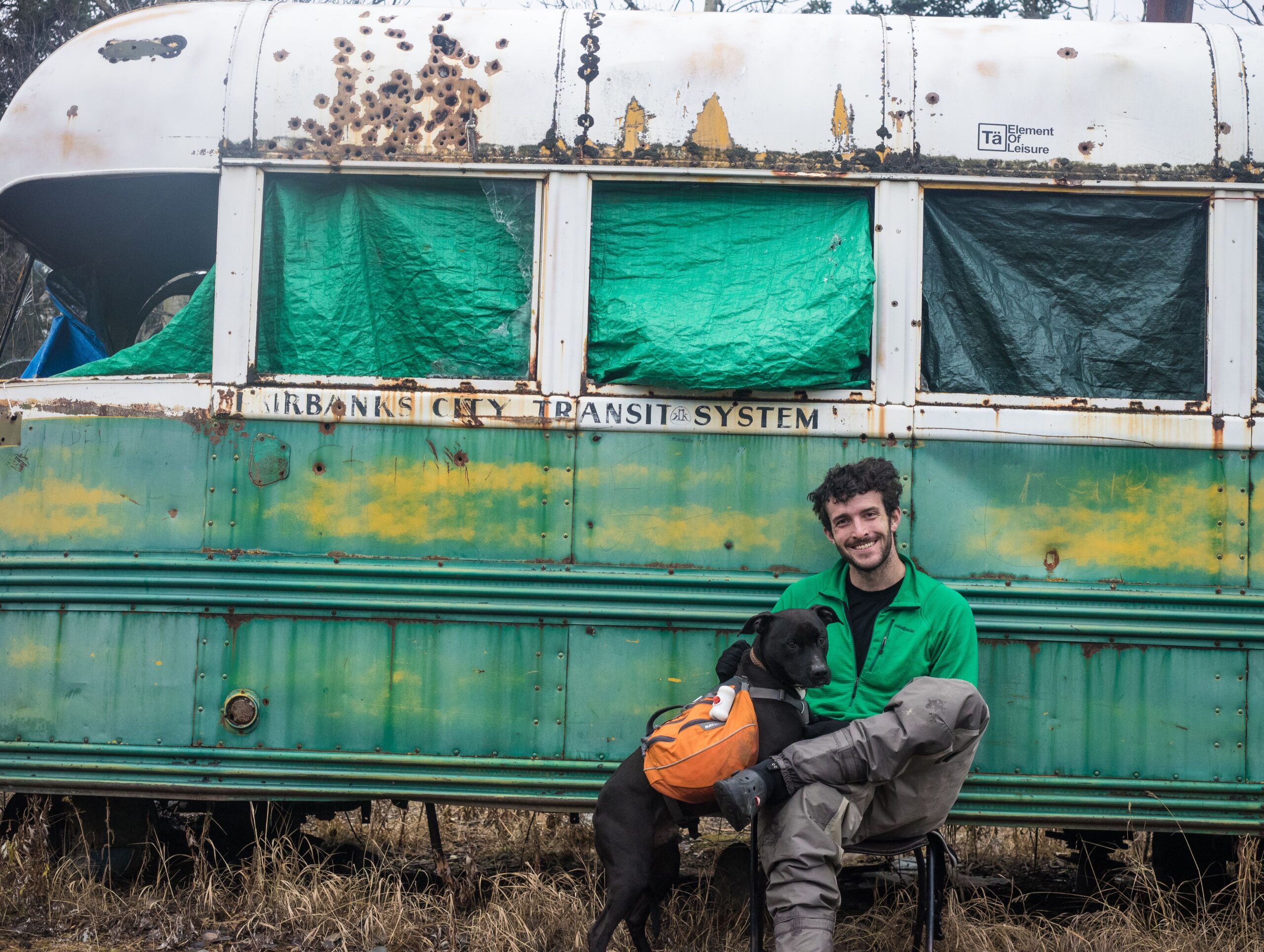 A photographer and adventurer has hiked Alaska’s Stampede Trail in an attempt to fulfill his desire to live and be free. Dwayne Parton left to travel the Stampede Trail on July 13th, the day of his 31st birthday. The trail was made famous by adventurer and dreamer Chris McCandless who was the leading role in best-selling book and movie, Into The Wild.

Longing for adventure, Parton says that his journey was one of self-discovery. Moving into his truck Parton and his dog Bobby headed towards Prudehoe Bay in Alaska. As a web developer, he was able to fund his trip along the way. “Bobby is a Pitt/Lab mix. He’s about 8 years old and I got him in 2007 as a puppy. We’ve been through lots together, and he’s still with me. He loves riding in the car. Hiking the stampede trail felt like a necessary capstone to this chapter of life. I just started reading Into the Wild. I’ve seen the movie and loved it. I’m not trying to be Chris McCandless. I’m trying to be Dwayne Parton and I think that’s important.”

“I did not leave home with the desire to hike to the bus but the more I learned about Chris McCandless the more connections I made and then it just seemed right. I think they are very similar connections to those that others make.” Explained Parton. Like many others, Dwayne Parton’s desire to hike grew from a growing discontent with everyday life. A keen hiker, he had already hiked the Appalachian Trail in 2014 and had ventured on an extended road trip with a friend at the beginning of 2015. “In March I couldn’t take it anymore. Life was good, it was normal, but it didn’t feel right. I wasn’t passionate about anything I was doing. I loved the people I was with, but had no passion. I didn’t really know what I wanted to do or rather who I wanted to be. I felt stuck at home. I felt like I was waiting to live.”

Since finishing the trail, Parton has plans to stay in Alaska with an aim to build some rock climbing/mountaineering skills. Whilst his friends and family often ask when he’s coming back, he says he doesn’t know and has no plans to return just yet.

“I left to figure out what I wanted.” He explains, adding: “I wanted to be content and it’s hard to be content when you don’t really feel like you’re living. I’ve found a direction I want to go and the kind of life I want to live. One day, maybe I’ll get a story in Nat Geo. I kind of feel like a kid saying that, but we’re allowed to dream right?”

1 Dwayne Parton is a photographer and chemist.
2 He and his dog Bobby hiked  Alaska’s Stampede Trail.
3 Into the Wild inspired him and he longed for adventure.
4 He did not feel connected to  Chris McCandless at all.
5 His desire to hike grew from a growing discontent with everyday life.
6 He has been staying in Alaska and he has no plans to return just yet.