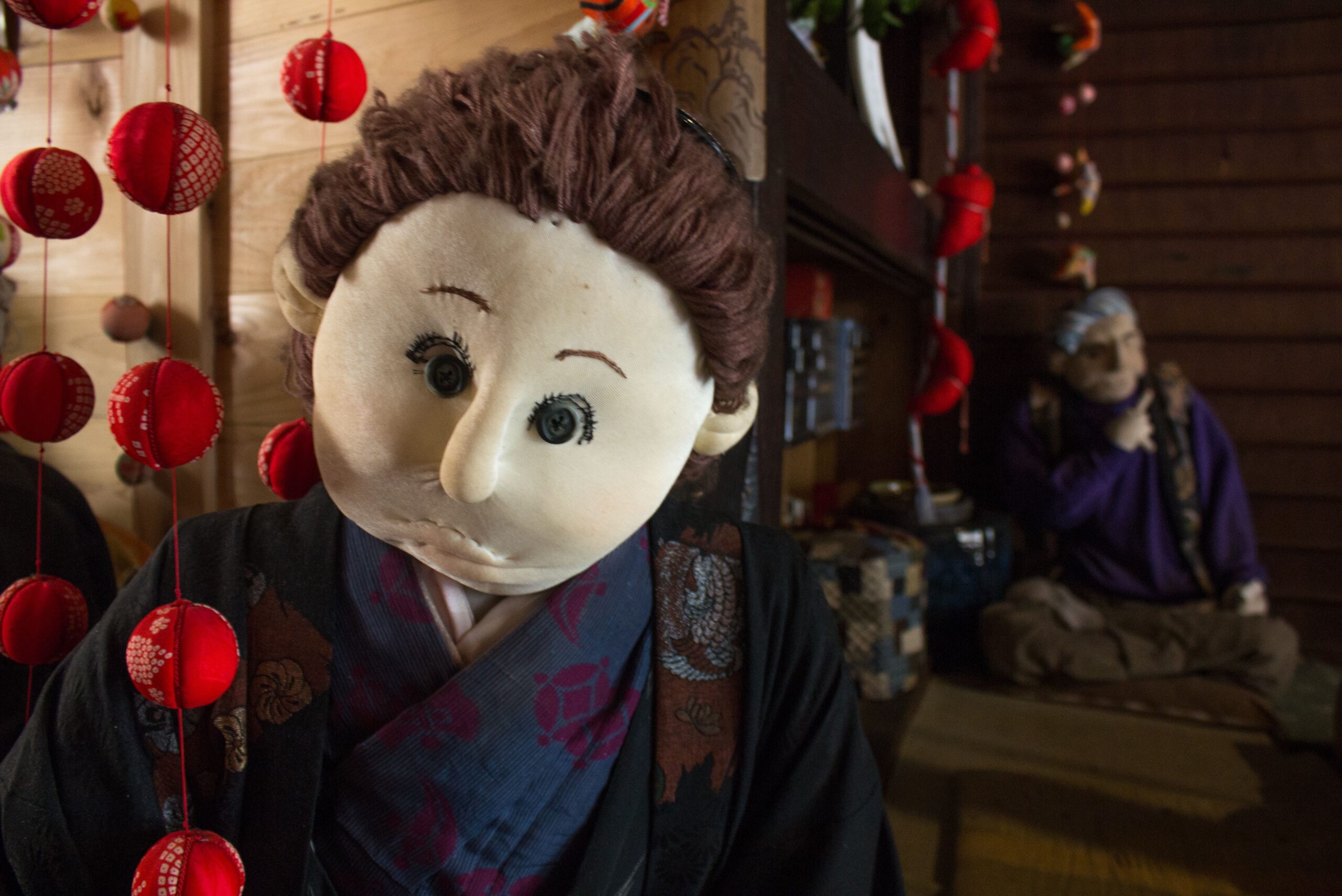 Nagoro – the valley of dolls

A Japanese woman, who lives in a small village, has been replacing humans in her village with life-sized dolls, when they die. The doll population in Nagoro, the eerie village in southern Japan, now hugely outnumbers people. The lifeless figures now dwarf the 30 or so residents left in the village.

67-year old AyanoTsukimi has spent the past 14 years making life-size dolls in memory of all the people who died in her village. She has spent years weaving more than 350 of these dolls to remember her once flourishing community.

Since she started to weave the dolls, she hasn’t felt alone anymore, as every day someone goes to visit her.

When she was a child, there was a dam in the village, there was a big company and hundreds of people used to live there. Now there are only 37 people living in Nagoro.

She went back to the village 11 years ago from Osaka. She started making dolls around 10 years ago, as she doesn’t have much else to do. At first, she planted seeds, but none of them sprouted, so she thought they needed scarecrows, and made one doll, looking like her father. She never thought it would turn to be her passion.

“The facial expressions are the hardest part. The lips are difficult. A little tweak and they can look angry. I’m very good at making grandmothers.  I pull the strings at the mouth and they smile.”

In the old school, that shut down two years ago, there were two students and one teacher. Now, she made the students, teachers and a principal.

“My mother died early. If she were alive today, I would like to take her out to places. I only think about the dolls. I don’t like making weird dolls, but people who blend into the scenery.”

She thought people would get interested and take photos, if she put the dolls at the entrance of the valley.  She placed them on the field, doing work, or in the stop, waiting for the bus.

“Not everybody likes my dolls, I think, even if they don’t say it directly. Some may feel frightened because they look so real. The dolls don’t live as long as humans. They can live up to three years max. I don’t think about death, but it takes 90 minutes to get to a proper hospital. So, if something happened, I would die before making it there.”

She also has a doll based on herself.  Every day that doll watches the pot and the fire.

“I don’t think dying is scary. Maybe a time will come when I will have outlived all the people in this village. I’ll probably live forever.”