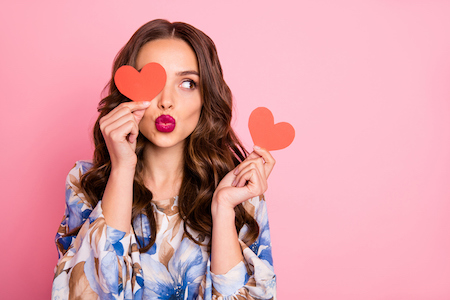 Every February we celebrate Valentine’s Day by giving flowers, candy and cards to those we love. We do this in honour of Saint Valentine. You may be wondering, “Who is St. Valentine”? Time to brush up on your Valentine’s history!

Legend has it that Valentine was a priest who served during third century Rome. There was an Emperor at that time by the name of Claudius II. Emperor Claudius II decided that single men made better soldiers than those that were married. With this thought in mind he outlawed marriage for young men in hopes of building a stronger military base. Supposedly, Valentine, decided this decree just wasn’t fair and chose to marry young couples secretly. When Emperor Claudius II found out about Valentine’s actions he had him put to death.

Another legend has it that Valentine was an imprisoned man who fell in love with his jailer‘s daughter. Before he was put to death he sent the first ‘valentine’ himself when he wrote her a letter and signed it ‘Your Valentine’, words still used on cards today. Perhaps we’ll never know the true identity and story behind the man named St. Valentine, but this much is for sure…February has been the month to celebrate love for a long time, dating clear back to the Middle Ages. In fact, Valentines ranks second only to Christmas in number of greeting cards sent.

Another valentine gentleman you may be wondering about is Cupid (Latin cupido, “desire”). In Roman mythology Cupid is the son of Venus, goddess of love. His counterpart in Greek mythology is Eros, god of love. Cupid is often said to be a mischievous boy who goes around wounding both gods and humans with his arrows, causing them to fall in love.