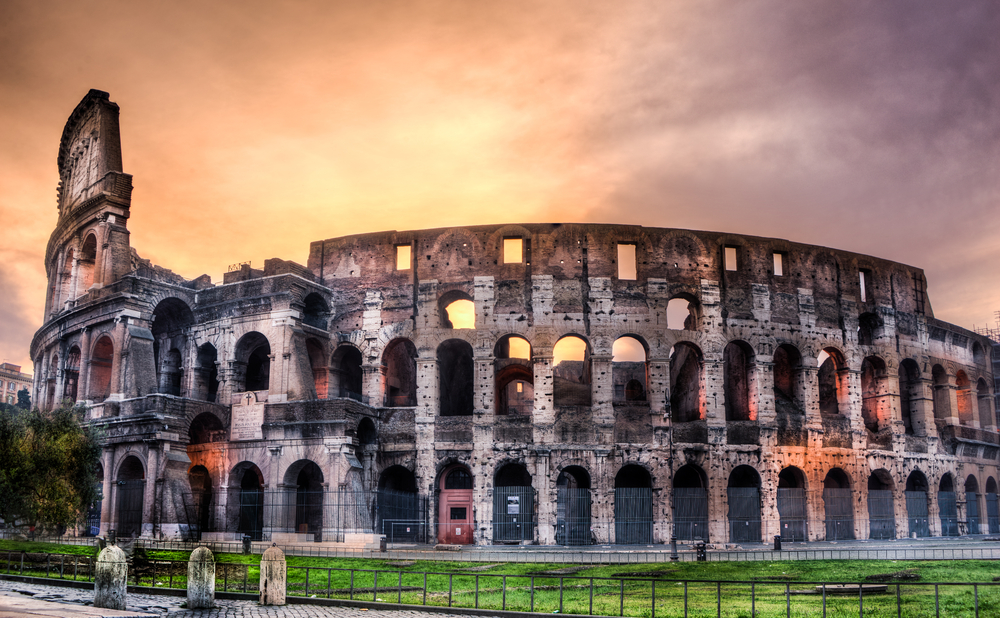 The Colosseum is located in Rome, Italy. It is an iconic monument that the whole world knows. The Colosseum has baffled many with its magnificent size and grandiose built. The Colosseum today has become a must see for all who visit Rome.

The largest amphitheater ever built, the Rome Colosseum, also called the Flavian Ampitheater, is situated in the center of Rome. Built under the Flavian Dynasty, construction started in 72 AD and was completed in 80 AD. Built of concrete and sand, the Colosseum could hold up to 80,000 people, though it usually held 65,000. Spectators would come to watch gladiator contests and other spectacles for the public, such as simulated sea wars with props, public executions and mythological dramas. It wasn’t until the medieval era that the building was converted and used as a housing facility, a Christian shrine and a fortress.

The way it looks today is due to robbers stealing stones and earthquakes. In the age when the Colosseum was built, theaters were usually located on hillsides. However, the Colosseum is a free standing structure built on flat ground. Its size is 189 meters long, 156 meters wide with a base area of 24,000 square meters. The outer wall height is 48 meters. The center arena is 87 meters long and 55 meters wide with a 5-meter high barrier wall, which kept the performers inside while the audience sat above. What we see today is the surviving part of the outer wall containing three stories of arcades and an attic, which is evident by the windows that were built for viewing. Originally these windows were for better views but some also held statues of divinities and characters from Classical mythology. The construction is so sophisticated that the Colosseum gives evidence of the advanced building skills the Romans possessed. 240 mast corbels were positioned around the top of the attic showing that the Colosseum was also built with retractable covering that protected spectators from the sun.

In 2011, a sponsorship from a company made an agreement with Rome officials to donate 25 million euros to restore the Colosseum. Renovation plans include cleaning and repairing the structure and replacing the metal fixtures that hold the arches up. It is estimated to be finished by this year.