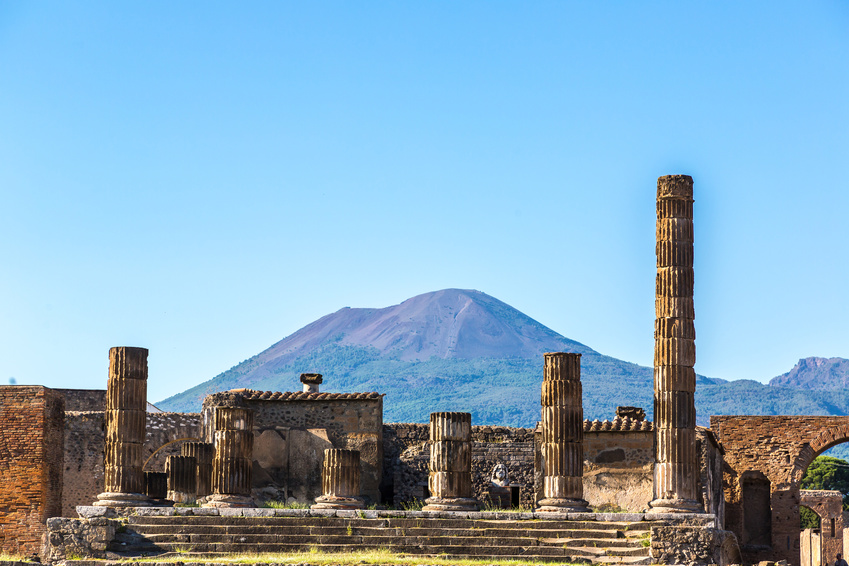 Pompeii is a city of mystery and fascination for many people around the world. Located near Naples in the Campania region of Italy, it is most famous for being devastated by the eruption of Mount Vesuvius in 79 AD that destroyed the city and killed its inhabitants by burying them in volcanic ash.

It is suspected that Pompeii was established by the Oscans in the seventh or sixth century. The life of the established city as part of the Roman Empire was very short; its devastation came only 160 years after it became a Roman colony. At this time, it is believed that approximately 11,000 people inhabited the city. The evidence uncovered from the volcanic ash proves that Pompeii was a sophisticated and respectable town, having a complex water system, an amphitheater, gymnasium for people to train and a port for exporting and importing goods.

The eruption of Mount Vesuvius was a massive one. Within days the city was covered in a blanket of ash and lava about 4 to 6 meters high. The thickness of the ash in the air killed people within moments, with them unable to see or breathe. After the destruction, the city was covered and literally lost from sight, buried deep beneath the ash and impossible to be properly located for about 1,500 years. It was only rediscovered in 1599 and again almost 150 years later by the Spanish in 1748. The people and objects lying below the ash were literally kept intact, in almost perfect condition due to the lack of air and moisture. The ash and molten lava covered and solidified people, buildings, wineries and the bottles they had, animals and even plants in their original form. During the excavation, the artifacts were exposed to air and it risked the preservation of the town. Therefore, researchers used plaster to mold the objects to show the remains of Pompeii’s destruction. This plaster covering is what we are able to see today in Pompeii.

Since its excavation and uncovering, Pompeii has been a great resource for many archeologists and anthropologists who have long wished to know the habits and life of Romans. The evidence has been so remarkably well preserved that since its uncovering and cleaning, Pompeii has been one of the biggest tourist attractions in Italy for over 250 years.

Today, people come from around the world to see this magnificent town. However, there are plans to restore and preserve the town as the artifacts are starting to corrode and decay. Currently UNESCO and the World Momuments Fund are working on how to keep this miraculous city intact.