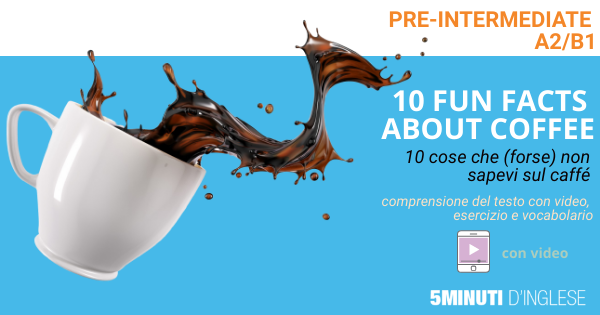 For many, coffee is a daily need that ranks up there with oxygen and food. Thankfully, one rarely has to travel far to finds some be it hot, iced, frothed, or blended. So, grab a cup, sit back, and enjoy these 10 fun facts about coffee.

Number 10. The most expensive kind comes from dung. Elephant dung, to be specific. The digestion process breaks down the proteins in the beans, resulting in what’s said to be a far superior cup. At 50 dollars a serving, it should be.

Number 9. It can power a truck. A man in the UK used bean waste and a special converter to get his vehicle to go over 60 miles an hour (96 km per hour) and set a new Guinness World Record.

Number 8. Drinking coffee was at one time punishable by death. In 17th century Turkey, Sultan Murad IV dictated that people caught drinking a cup of joe be decapitated immediately.

Number 7. Decaf doesn’t mean it’s caffeine free. Decaf just means that it’s gone through a decaffeination process, not that it’s all removed. It doesn’t contain much, but it’s still in there.

Number 6. Hawaii is the only US state to grow coffee. The specialty there is Kona, one of the priciest varieties in the world.

Number 5. Coffee was discovered by Ethiopian goats and their keeper. Maybe. Legend has it that after eating a bunch of the berries, a group of goats was jumping around so much their herder went to check the plant out. After eating a few, he had a similar reaction.

Number 4. People drink a lot of coffee. Worldwide, around 2.25 billion cups are consumed every day. 400 million of those are downed in the US alone.

Number 3. People in the Netherlands drink the most. They average 2 and a quarter cups per person per day. Finland comes in second at about 1.8 cups. Third place goes to Swedes and their 1 and a third cup a day habit. The US is ranked 16th.

Number 2. Europeans used to call it ‘Arabian wine.’ They were actually spot on, as the word from which coffee was eventually extracted translates as ‘wine of the bean.’

Number 1. The world’s most caffeinated brew is called Death Wish. Their trick is using Robusta beans instead of the typical Arabica variety. They have 200 percent more kick. Don’t worry about brewing one up by accident. Their logo features a skull and crossbones, making it pretty clear what a person is about to get themselves into.

1. The most expensive coffee is called Death Wish.
2. The Dutch drink the most coffee.
3. It is certain that coffee was discovered by goats.
4. The word coffee has Arabian roots.
5. Decaf coffee contains no caffeine at all.