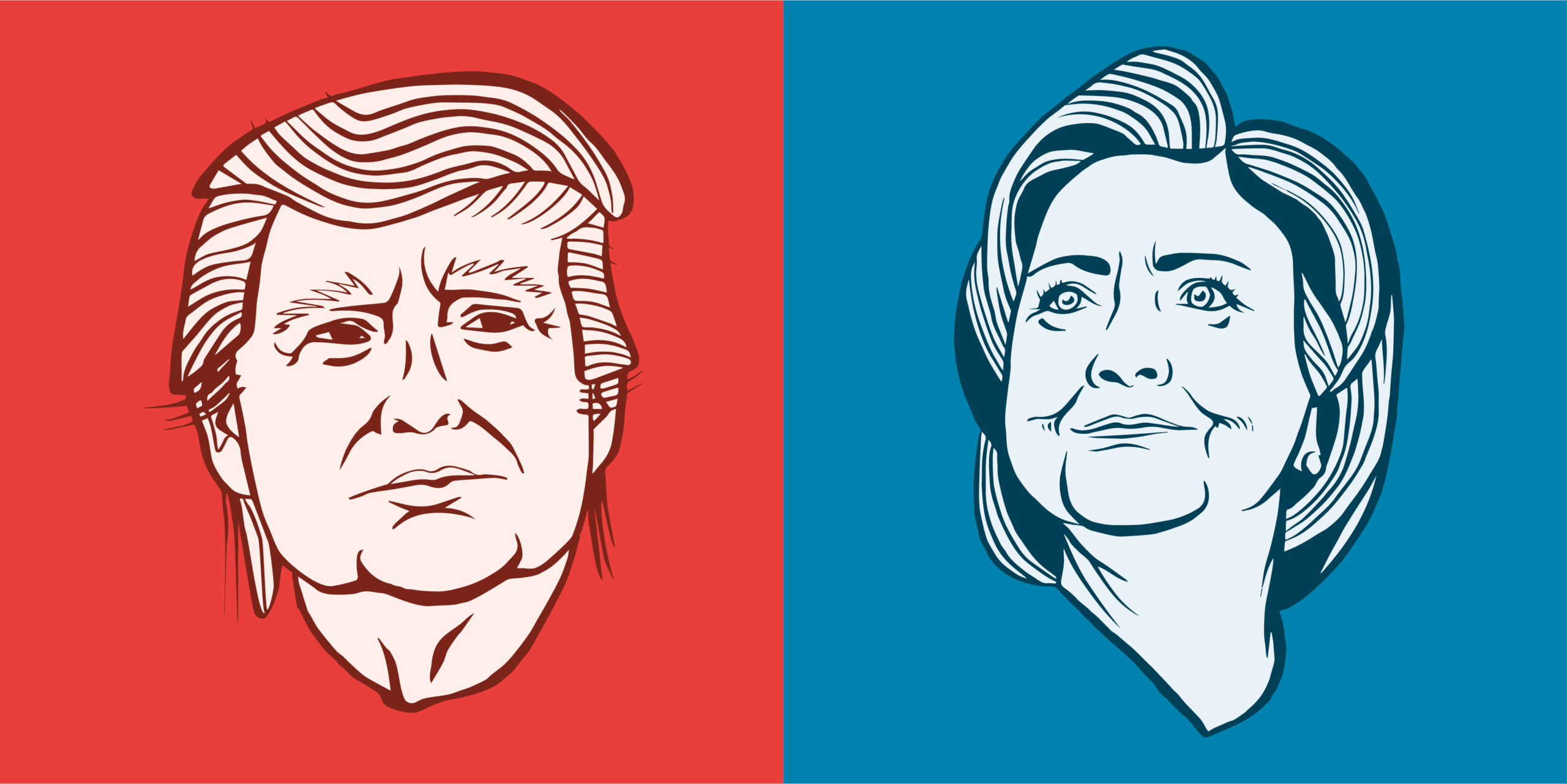 The most powerful nation on earth is about to elect a new leader, with the impact felt across the globe. So how will the election work and how did we end up with Donald Trump and Hillary Clinton?

When the US picks its president, it is not only choosing a head of state but a head of government and a commander-in-chief of the largest military on the planet. It’s a big responsibility. So how does the process work? Who can be president? Technically, to run for president, you only need to be “a natural born” US citizen, at least 35 years old, and have been a resident for 14 years.

Nearly every president since 1933 has been a governor, senator, or five-star military general. And that’s before you even consider getting a party nomination and securing national media attention. In this 2016 election, at one stage there were 10 governors or former governors and 10 who are or were senators, although many have since dropped out.  One person is nominated to represent the Republican and Democratic parties in the presidential election.

How the President of the United States is elected

Every four years – on the Tuesday following the first Monday of November – millions of U.S. citizens go to local voting booths to elect the next President and Vice President of their country. Their votes will be recorded and counted, and winners will be declared.The President and Vice-President of the United States must be at least 35 years of age, they must be native-born citizens of the United States, and they must have been residents of the U.S. for at least 14 years. A person can be elected only twice, which means a President can be in office for two terms.

To choose their candidates, most political parties hold conventions, attended by delegates. The delegates can be selected by state primary elections, by state caucuses (it means that they use public voting instead of secret ballots) or they can also be chosen for their prominence in the party. To win the party’s nomination a majority of delegate votes is needed. In most cases, the delegates let their chosen presidential candidate select a vice-presidential candidate. 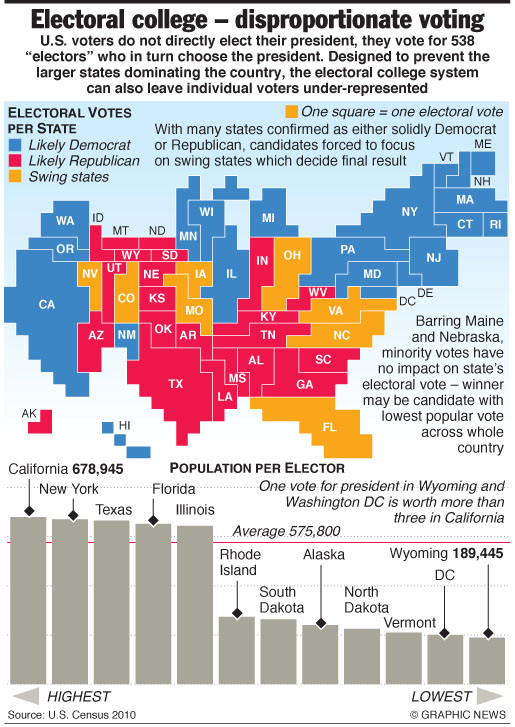 In most of the states the election is a winner-take-all, which means whichever ticket receives the most voters in that state gets all the electors. There are only two exceptions – Maine and Nebraska – as in these two states just two of the electors are chosen in a winner-take-all manner from the entire state. The remaining electors are determined by the winner in each congressional district, with each district voting for one elector. When the Electoral College is formed, it votes for President and for Vice-President, with each elector casting one vote. These votes are called electoral votes. Each elector is pledged to vote for particular candidates for President and Vice-President.

But what happens if there is no Electoral College winner? In this case the House of Representatives chooses the President. This is however a very rare event.

Why is it Hillary Clinton vs Donald Trump? 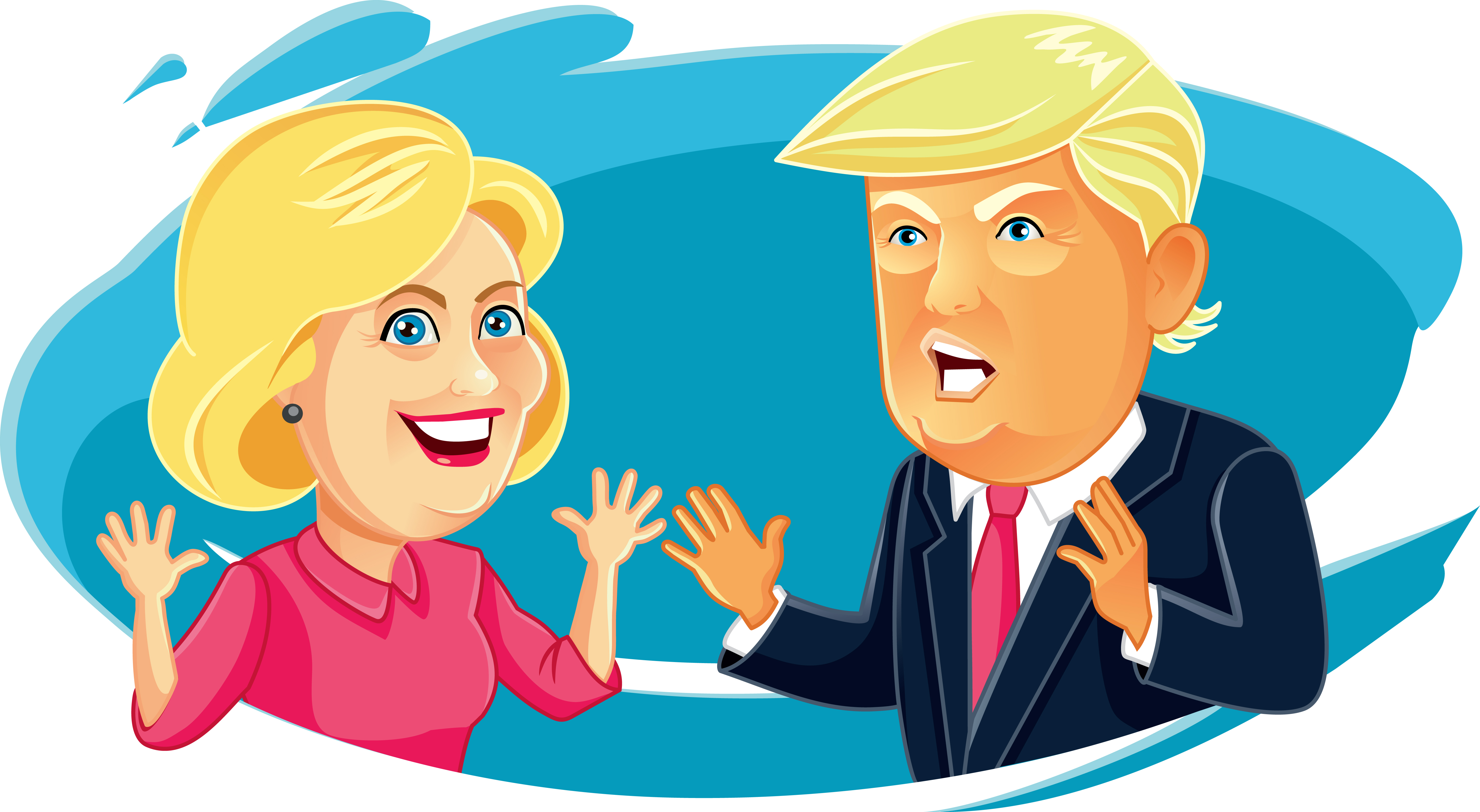 As we have seen above, a series of elections are held in every state and overseas territory, starting in February, which determine who becomes each party’s official presidential candidate. The winner of each collects a number of “delegates” – party members with the power to vote for that candidate at the party conventions held in July, where candidates are formally confirmed. The more state contests a candidate wins, the more delegates will be pledged to support them at the convention.

Democrat Hillary Clinton and Republican Donald Trump were the clear winners in 2016 and were officially nominated at their party’s conventions in July. They are two of the most unpopular candidates in modern American history.

At the conventions, the parties also officially unveiled their vice-president picks – Senator Tim Kaine of Virginia for Mrs Clinton, and Indiana Governor Mike Pence for the Republicans.

There has been a slew of controversies generated by Donald Trump, from the moment the New York businessman launched his campaign with the description of Mexican immigrants as “rapists and criminals”. His candidacy has rarely gone a few weeks without sparking some uproar. He’s waged wars of words with a judge, a Miss Universe, a Fox News anchor and the Muslim family of a fallen soldier. He’s had to defend his refusal not to release his tax returns and the suggestion he has paid no federal income tax for 18 years, plus field questions surrounding his charitable foundation.

And Hillary Clinton has had her share of anxious moments too. The damage wrought by her private email arrangement to her reputation is thought to be significant, despite the FBI effectively closing the investigation in July and clearing Clinton of wrongdoing. Questions have been raised about the foreign donations to the Clinton Foundation. Mr Trump has also put the spotlight on the part she played in pushing back at the women who claimed to have affairs with her husband Bill. And WikiLeaks has been revealing hacked emails that have laid bare some embarrassing conversations between members of her campaign team.

This campaign has been consumed by controversy and the vote on Tuesday feels more like a referendum on the two candidates’ personalities.