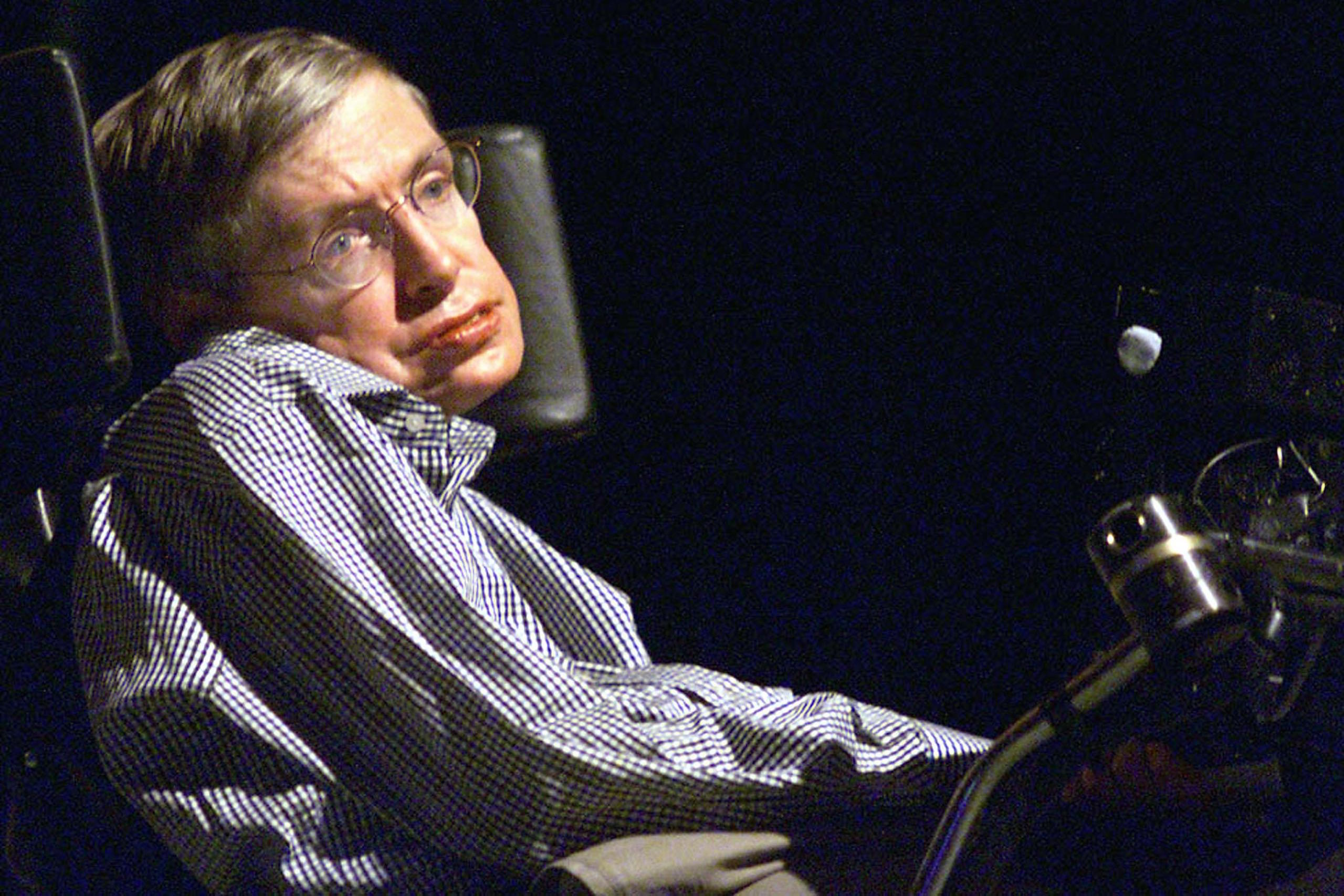 10 Things You May Not Know About Stephen Hawking

Here are 10 interesting insights into the life and viewpoints of Stephen Hawking.

Sure, Stephen Hawking is a brilliant, groundbreaking scientist, but that’s not all the man is about.

Here are 10 interesting insights into his life and his views.

Number 10. He believes Earth is on its last legs. He gives the planet a thousand years before it succumbs to its own fragility. Hawking recommends people start shopping around space for a new home base.

Number 9. Stephen Hawking attended an all-girls school for a time. His family moved to St. Albans while his father was working in a nearby city. It was there that he and a few other boys attended St. Albans High School for Girls.

Number 8. In his youth his nickname was ‘Einstein’. Despite the fact that his grades were mediocre, his aptitude was noticed by teachers and students alike. They were right, as he later earned a nearly perfect score on his Oxford scholarship physics exam – and went on to become a highly celebrated genius.

Number 7. He believes black holes are different from what we think they are. The vortices of doom are said to have event horizons, which serve as both an entrance and a point of no return. Hawking says they don’t. Rather, they have ‘apparent horizons’ and only briefly trap energy and matter, later releasing it as radiation.

Number 6. At 21 Hawking was told he only had a few years to live. He was diagnosed with ALS, also called Lou Gehrig’s disease, and that the outlook was grim. In January of 2015 the physicist celebrated his 73rd birthday.

Number 5. He’s also a children’s book author. In 2007 he and his daughter Lucy published ‘George’s Secret Key to the Universe’, the first book in a series about a young space traveler.

Number 4. He’s a big fan of zero gravity. Hawking was among the first with his disability to test out the technology that can send a plane to near space, and in the process got a few moments away from his wheelchair. Said one person who was there, “He would have flown more if we let him.”

Number 3. His voice synthesizer talks in American, but Hawking is British. He and the Queen of England recently had a chuckle about it. She ran into the scientist at an event and asked, ‘Have you still got that American voice?’ Hawking replied, ‘Yes, it is copyrighted actually’.

Number 2. He’s a repeat guest on the Simpsons. According to Hawking his several appearances on the show as himself have some people thinking he’s actually a cartoon character.

Number 1. Hawking doesn’t believe God created the universe. For that matter, he doesn’t believe in fate, heaven, or an afterlife. He does believe that each human has one chance to appreciate the world and its mysteries. 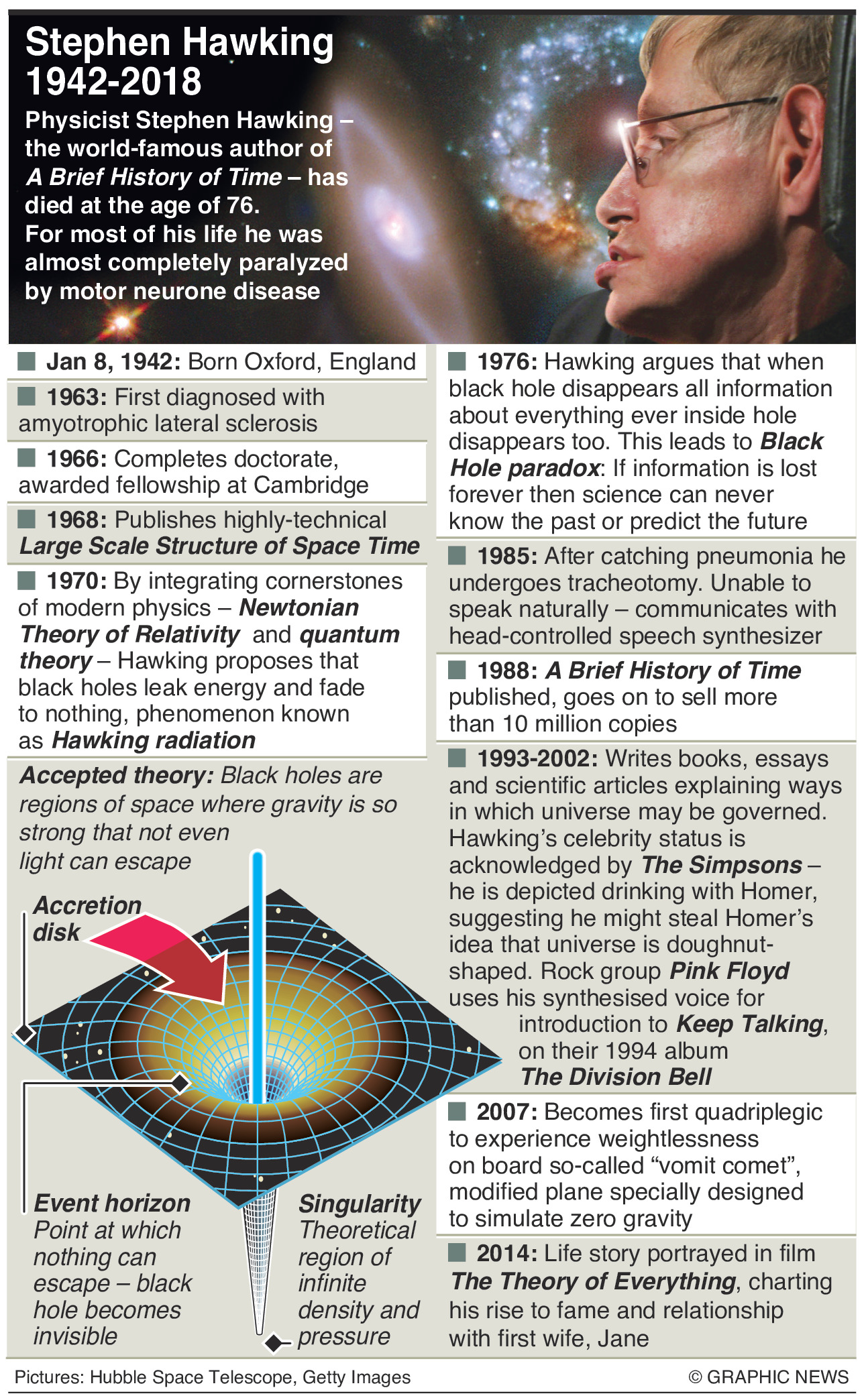