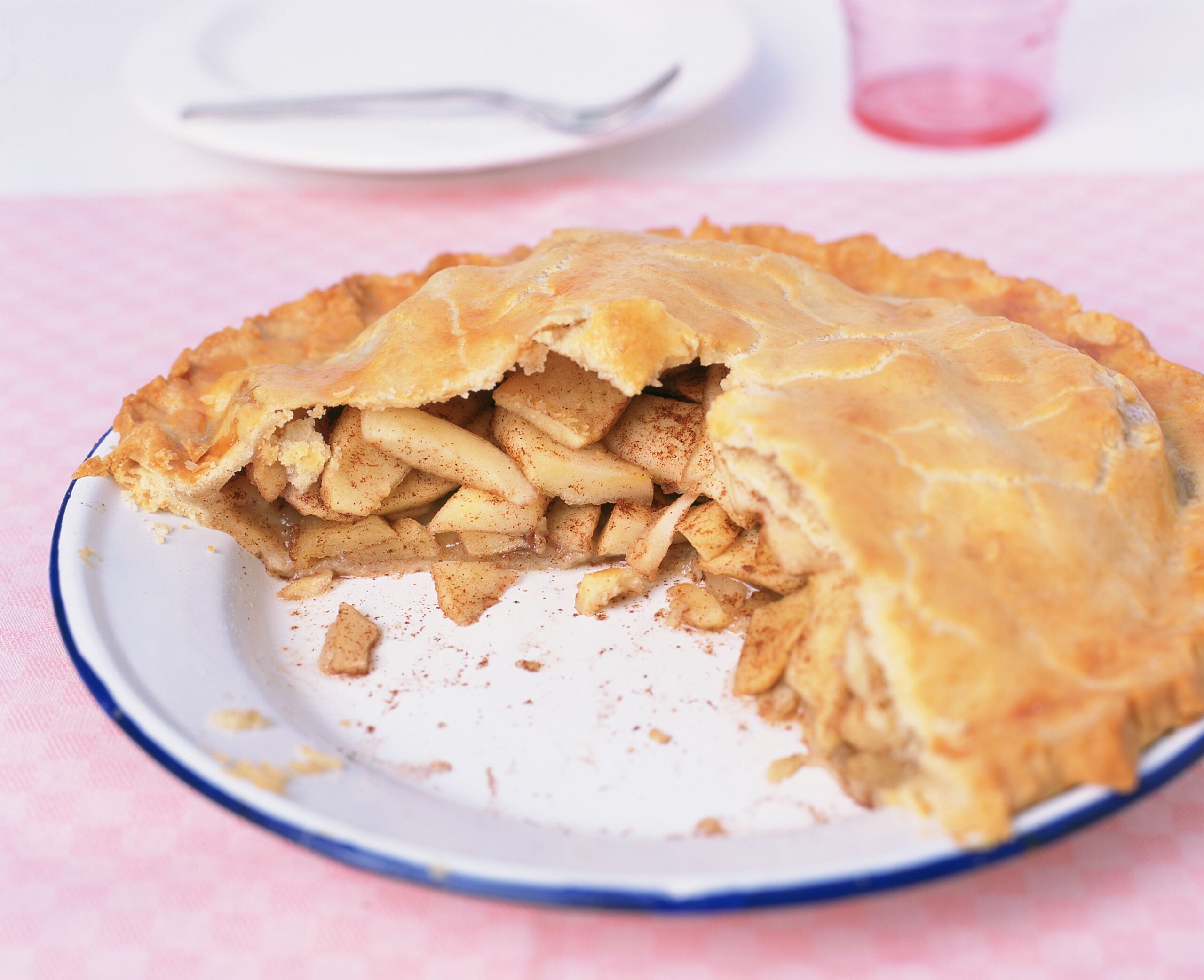 An old sayings is „An apple pie without cheese is like a kiss without a squeeze!” – so we’ve given a recipe for cheese pastry. Use mature Cheddar for the best flavour. To make the pastry: Sift the flour and salt into a bowl. Add the butter and lard and rub it in until the mixture resembles fine breadcrumbs. Stir in the Cheddar. Add about 3-4 tablespoons water and mix to just bind the pastry together. Chill the pastry for about 15 minutes.

To make the filling: Tip the sugar into a bowl and stir in the cornflour and cinnamon. Add the sliced apples and turn to coat them in the mixture. Cut the pastry in half and roll out one portion on a lightly floured work surface to cover the base of the pie plate. Arrange the apple slices on top, leaving a narrow rim clear around the edge. Roll out the other portion of pastry, brush water over the pastry rim and place the pastry over the top. Press the edges together well to seal them and trim around the rim of the plate. Press around the edge to crimp it. Make 2-3 small holes in the top of the pastry to allow the steam to escape during cooking. Brush the top with egg glaze.

Bake the pie in the centre of the oven for 25-35 minutes, until the pastry is golden, and the apples feel tender when a skewer is pressed through one of the holes in the top. Remove the pie from the oven and service it hot, warm or cold. Not suitable for freezing.