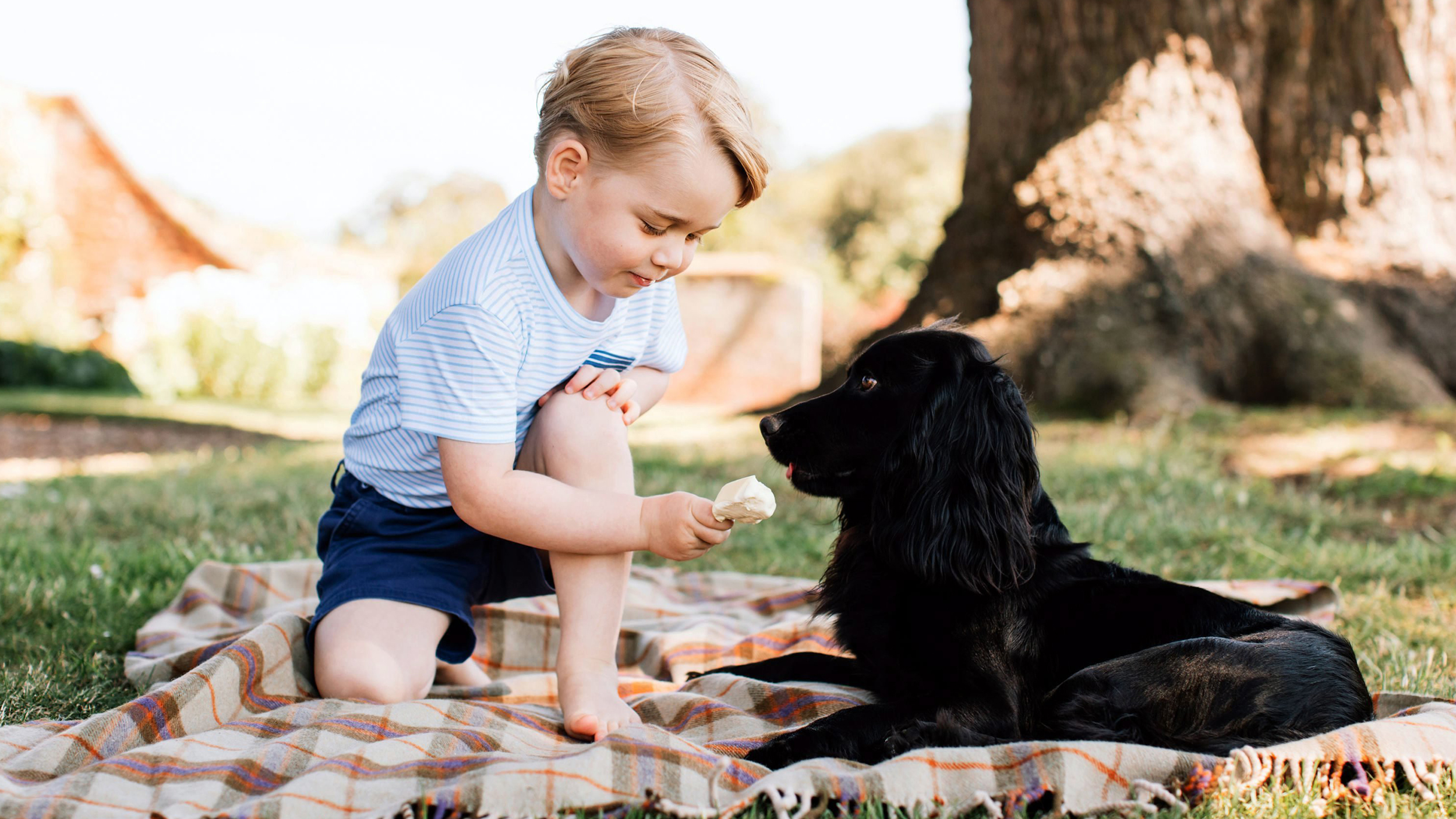 As the third in line to the throne, the son of the Duke and Duchess of Cambridge has lived something of a fairy tale existence thus far. From roaming the Queen’s 770-odd-room palace to being exempt from the Freedom of Information act, the cherub-faced royaltot, who has already mastered the art of the royal wave, is not your average three-year-old.

Prince George Alexander Louis of Cambridge has also exerted a great deal more influence than most toddlers. Well, at least according to Tatler, who listed Prince George at number 10 in their league table of “People Who Really Matter”.

Here is a selection of the most astounding and bizarre privileges and powers enjoyed by Prince George.

His home has ten bedrooms

While Prince George’s exact wealth is unknown as of yet, it would be fair to say his family are not exactly strapped for cash. Richest Celebrities predict his father’s net worth to be in the region of $40 million.

Prince George lives in Anmer Hall, an 18th-century mansion which was given to his parents by the Queen as a wedding gift. Prince William and Kate Middleton are reported to have spent several million refurbishing the secluded Georgian ten-bedroom country Norfolk property, which is also home to a swimming pool and a private tennis court. Housekeepers, collectible china and family silver are likely to be aplenty too.

But if Prince George bores of his Norfolk home, he is always welcome at the 775-roomed Buckingham Palace. While the monarch might be known as the Queen to most of us, her great-grandson calls her “Gan Gan” and she is said to leave out little gifts for her great-grandchildren whenever they pay a visit. Of course, it goes without saying that whenever Prince George leaves royal premises, he will be surrounded by a swathe of security.

He is exempt from the Freedom of Information act 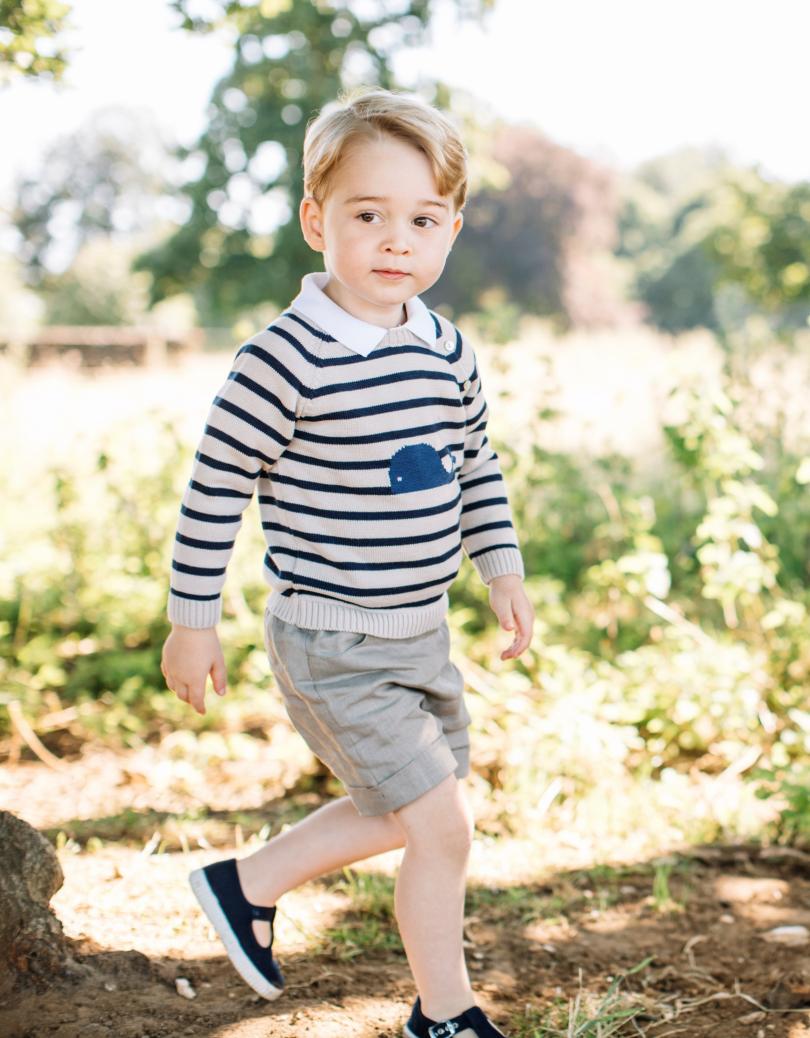 He has a coin and stamp dedicated to him

Most of us will never get to see our faces printed on coins or stamps but Prince George has already managed it at age three. As soon as he was born, a specially-minted commemorative £5 coin was brought out in his honour and is now priced anywhere between £13 and £50,000. The more expensive ones contain a kilogramme of fine gold each.

If a coin wasn’t enough, in April of this year, Royal Mail released a new stamp with an image of Prince George standing on foam blocks in the White Drawing Room at Buckingham Palace along with his family.

He received a £18,000 cottage on wheels for his second birthday

Most toddlers would be thrilled to receive a luridly-coloured plastic house for their birthday. Prince George’s parents, however, went one step further and gifted him a real £18,000 cottage on wheels for his second birthday. The luxury Victorian-style outhouse is situated on the edge of the Prince of Wales’s wildflower meadow at Highgrove.

He could sack the whole of Australia if he became King

If Prince George does indeed become King he will be entitled to a vast array of age-old secret powers and privileges more extensive than most of us could even fathom. From appointing knights, to being immune from prosecution, to not having to pay tax, to having a weekly meeting with the Prime Minister and holding dominion over every British swan, there wouldn’t be much he couldn’t do. What’s more, being the head of the commonwealth and thus the state in Australia, he would technically be able to give the whole Australian government the sack if he felt like it.

He is already playing tennis

Prince George currently attends the fee-paying Westacre Montessori nursery in Norfolk but his parents are reported to already be drawing up a shortlist of potential schools for him. Wetherby School – where his father went – is a possible option but they will have to act soon as the Good Schools Guide advises parents to register children on the month of their child’s birth. What’s more, while he might have learnt to walk only relatively recently and be barely big enough to hold a racket, his mother says he has already started playing tennis.

His clothes come from the royal collection

You don’t get many toddlers who make it onto GQ’s “50 Best Dressed Men in Britain” but Prince George gained a spot on their list in 2015. While it is hard to predict how much his royal clothing is worth, it is unlikely to be cheap given that his parents have delved into the historic royal collection of clothes. On several occasions, he has worn the identikit outfits Prince William wore when he was young.

But when he does occasionally rough it and wear non-designer wear it tends to prompt either a hike in sales of each item or even cause an item to sell out.