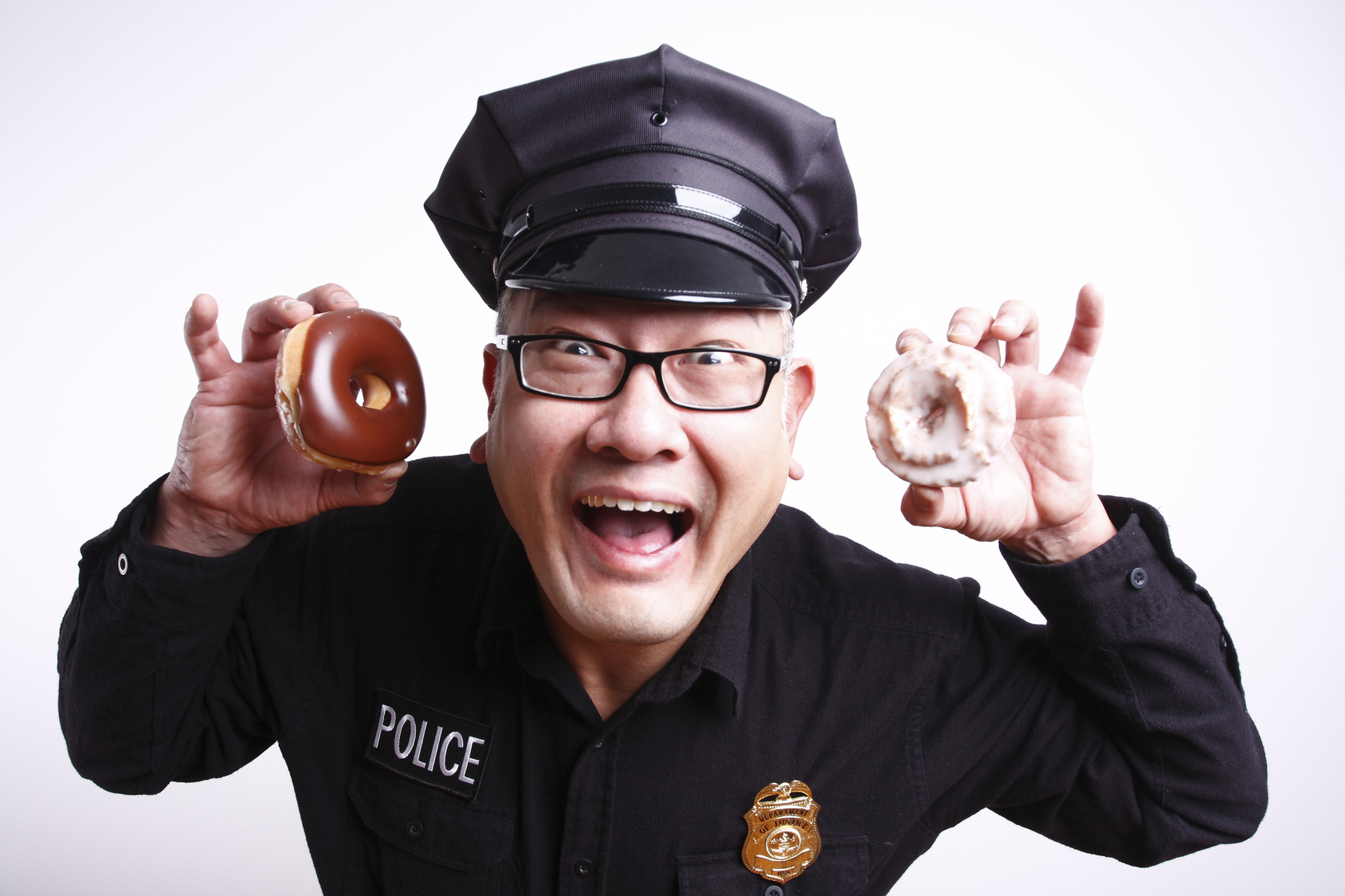 A doughnut (Br.) or donut (US) is a type of fried dough, popular in many countries and prepared in various forms as a sweet (or occasionally savoury, like the Hungarian lángos) snack that can be homemade or purchased in bakeries, supermarkets, food stalls, and franchised specialty outlets. The two most common types are the ring doughnut and the filled doughnut, which is usually injected with jam (or jelly), cream, custard, or other sweet fillings. Baked doughnuts are a variation cooked in an oven instead of being deep fried. Doughnut varieties are also divided into cake and risen type doughnuts.

The hole in the doughnut was invented by a 16-year-old sailor named Hanson Gregory.

In 1916, the Washington Post interviewed Gregory, the man who claimed to have invented the modern donut back in 1847. Gregory was tired of eating greasy and undercooked donuts with raw dough on the insides. It was giving him indigestion. He decided to cut a hole in the donuts first, to make it easier for him to keep his food down. He cut the first donut hole with the cover of a tin pepper box. When he came back home from sailing he told his mom about the recipe, and the rest is history. – ‘Back in the day’, donut shops were the only places open all night where the cops could get coffee.
– Donuts are relatively inexpensive, so they can be discarded with little guilt, in case of a hot call in the middle of a snack break.
– In many areas, the donut shop is the only place open 24 hours.
– Donuts have sugar and carbohydrates, which allow for quick energy. Donuts, coupled with the ever present cup of coffee, help keep the officers awake and alert.
– Donut shops are usually located in centralized areas, which can be used as a meeting place for briefings between Officers of different agencies or shifts.

“It’s because doughnut stores, especially in New York City, are everywhere. The ethnic foods can change from neighborhood to neighborhood, but the one staple is coffee and donuts. It’s quick and easy; if while you are eating in the car you happen to get an emergency call, you can discard them easily . . . you throw them out of the window and you are gone.”  John F. Timoney, chief of the Miami Police Department