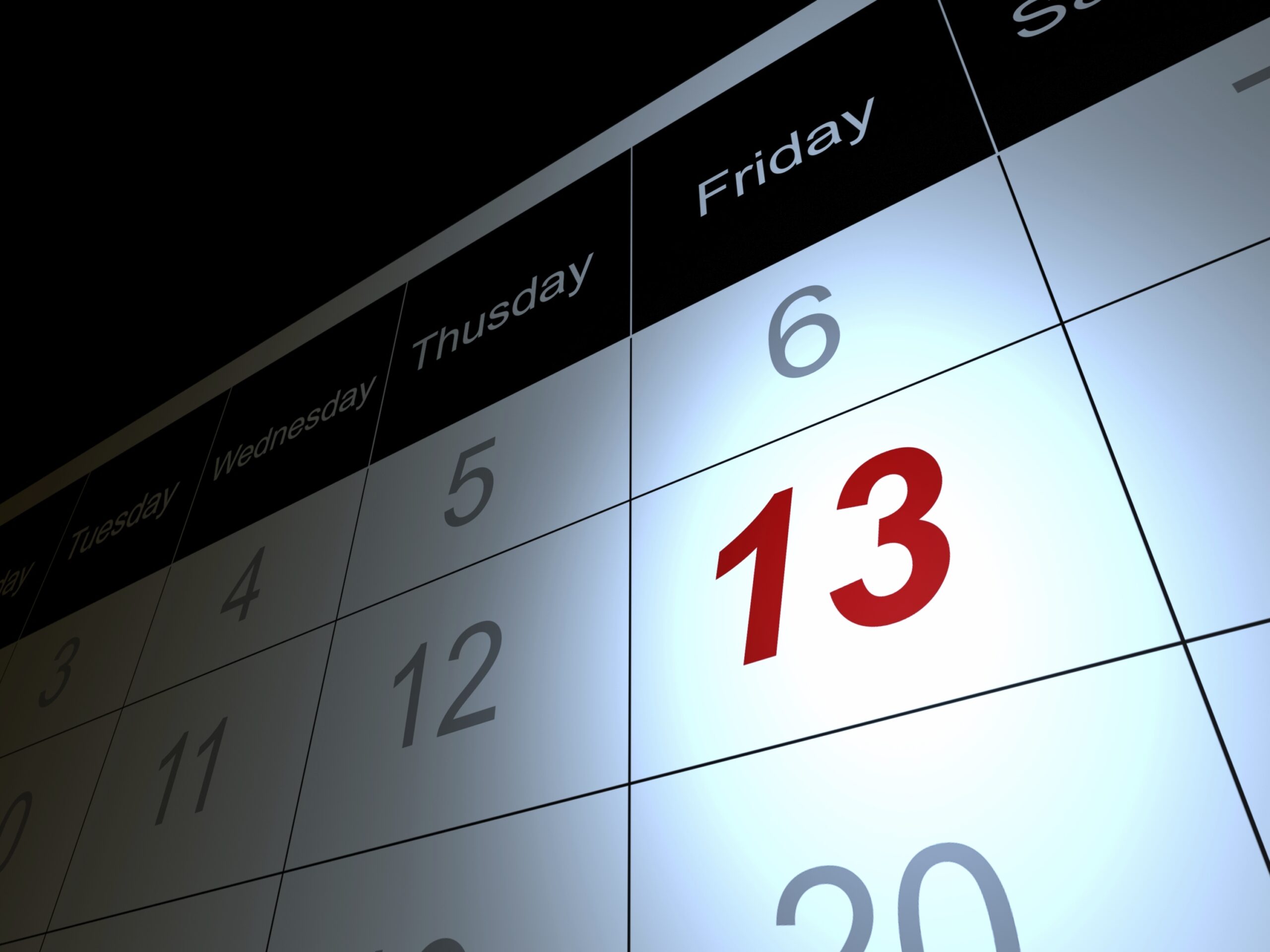 There were 13 people at the Last Supper. It’s said that Judas Iscariot – the one who betrayed Jesus – was the 13th man to take his place at the table.

Similarly, there’s a Norse legend that has 12 gods sitting down to a banquet when the 13th (uninvited) god, Loki, shows up. Loki killed one of the other gods, which led to events that eventually resulted in Ragnarok – the death of a bunch of gods, a slew of natural disasters, and the eradication of everything on earth save for two human survivors. There’s a lot more to the story than that, but you get the general idea.

Let’s go back to Christianity for a moment. Many Christians believe that Jesus was crucified on Friday. Researchers, however, believe that it wasn’t a case of Friday the 13th lore – it was possibly something like Friday, April 3, 33 A.D. But that doesn’t mean the 13th is off the hook. Many Christians also believe that the Cain and Abel debacle took place on that date.

Traditionally, there used to be 13 steps leading up the gallows. There’s also a legend that a hangman’s noose traditionally contained 13 turns, but it’s actually more like eight.

Apollo 13 is the only unsuccessful moon mission (intended to get men on the moon, anyway) thus far. An oxygen tankexplodedand the survival of the astronauts on board was pretty touch-and-go for several days, but they did all come home safely in the end (but you already knew that).

There was a mass arrest and execution of the Knights Templar on Friday, October 13, 1307.

According to Mr. Krabs on Spongebob Squarepants, there are 13 dirty words. Squidward must be a George Carlin fan, because he responded that he thought there were only seven. “Not if you’re a sailor,”Mr. Krabs replied.

Although a coven is now just considered to be any group of witches (or vampires, if you’re into a certain young adult series about sparkly supernaturals), it was once believed that a coven was made up of exactly 13 members.

There’s an old superstition that says if you have 13 letters in your name, you’re bound to have the devil’s luck.Silly, yes, but slightly more convincing when you consider that Charles Manson, Jack the Ripper, Jeffrey Dahmer, Theodore Bundy and Albert De Salvo all contain 13 letters (I know, I know, what about their middle names?).

Kids officially become teenagers at the age of 13 and we all know that’s a scary phase.

Innumerology, the number 12 is considered to be the representation of perfection and completion. It stands to reason, then, that trying to improve upon perfection by adding a digit is a very bad idea indeed – your greed will be rewarded with bad luck.

In the late 1800s, there was a group called The Thirteen Club. Their purpose was to debunk the legend that seating 13 people at a table would result in the death of one of them in the year to follow. They met on the 13th of the month and had dinner. 13 people were sitting at a table, and to make matters worse, they purposely spilled salt on the table without throwing it over their shoulders. The horror! They also fined members who showed up late – 13 cents, of course. Members of the club included five U.S. presidents: Benjamin Harrison, Grover Cleveland, William McKinley, Theodore Roosevelt and Chester A. Arthur. I’m not sure if it’s worth noting that two of these presidents were shot – one fatally, of course – but I’ll mention it anyway. And, if you’re keeping track, Chester A. Arthur only became president because he was vice when Garfield was assassinated.

Friday, October 13, 1972, was a bad day in the history of aviation. That’s the day that Uruguayan Air Force Flight 571 infamously crashed in the Andes, killing 29 people. On the exact same day, 174 people were killed when a Soviet Aeroflot crashed in a lake about a kilometer from the runway.