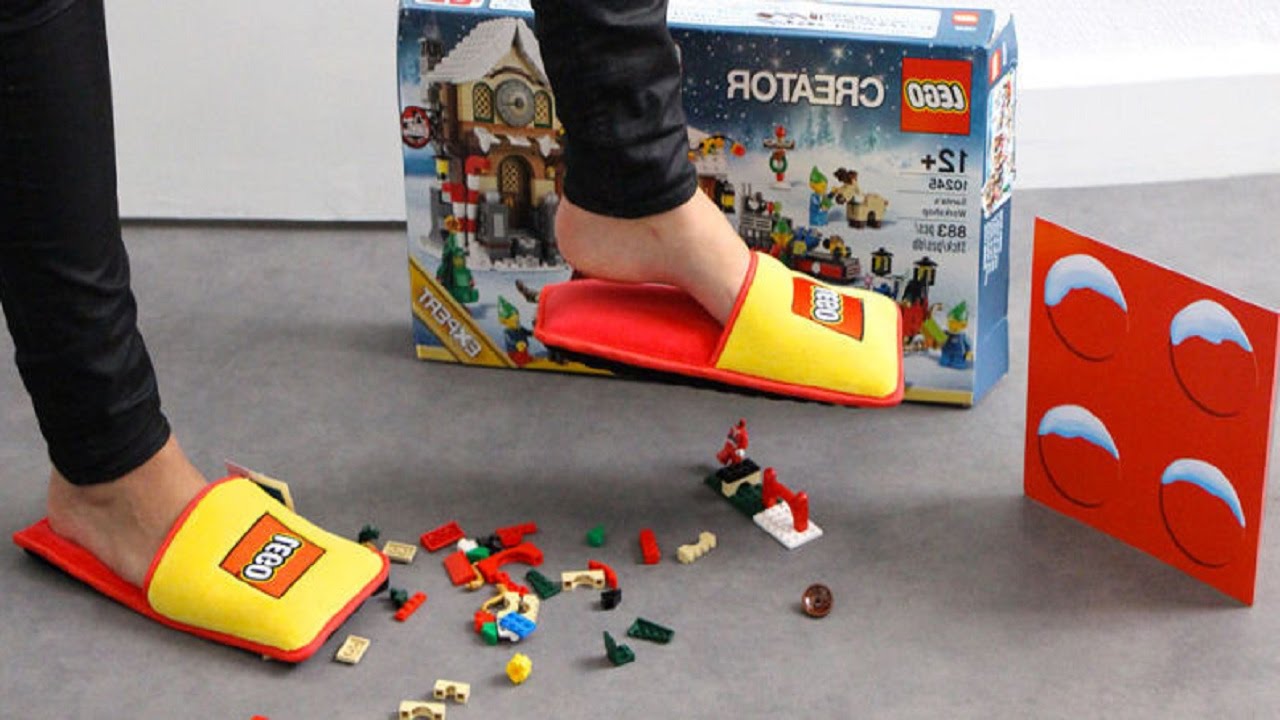 For years, it has been the bane of every parent’s life – the pain caused by stepping on a tiny Lego brick that’s been left lying around the house.

But the creators behind the long-time favourite children’s toy have launched an extra-padded slipper to protect the feet of adults everywhere.

Coming to the rescue of mums and dads, Lego has teamed up with French advertising agency Brand Station to give out the shoes to people who filled in a wish list on its website. 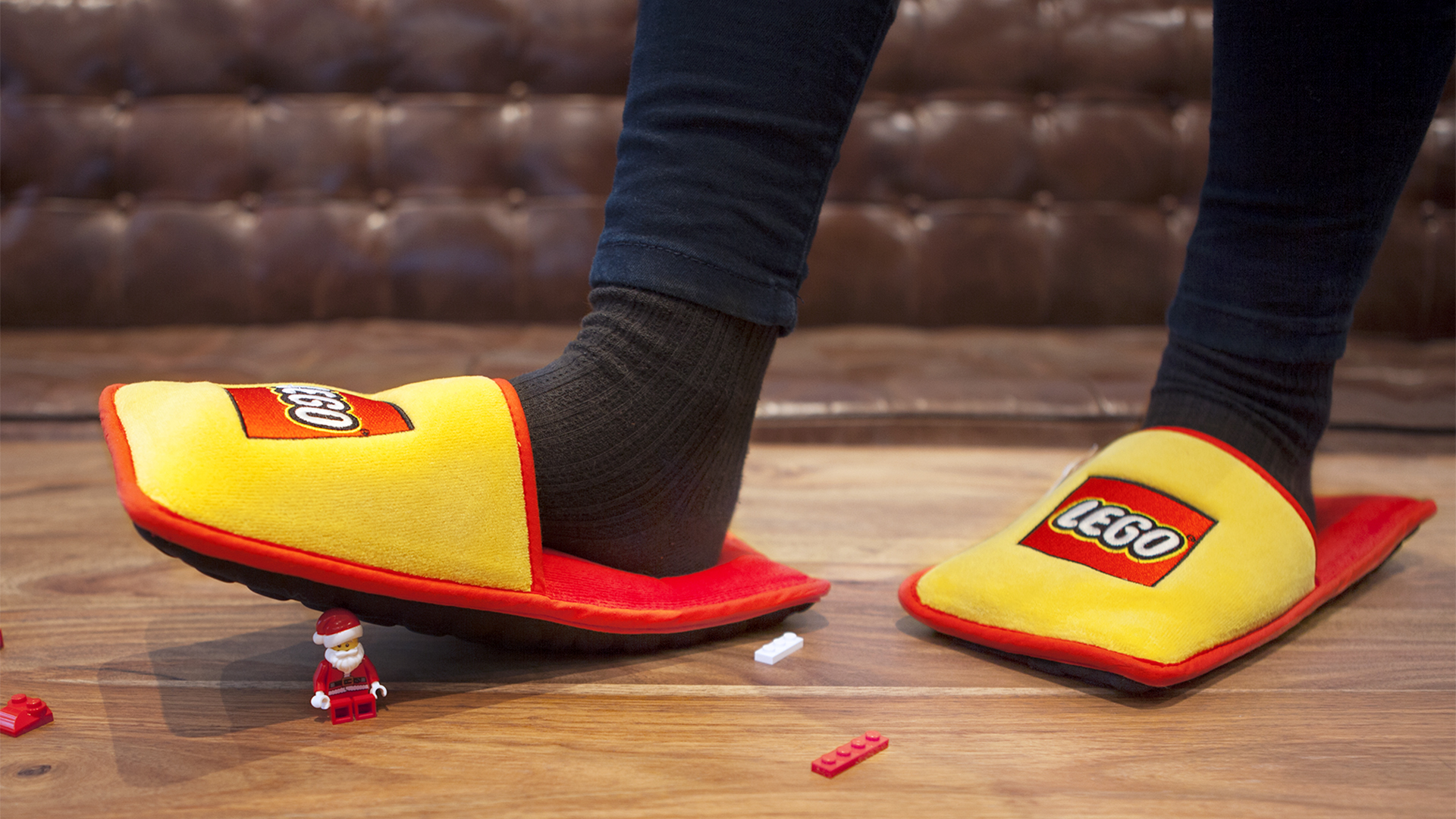 The extra-padded slipper protects parents’ feet against the tiny Lego bricks which otherwise cause pain when trodden on.

1,500 of the slippers were made and handed out randomly to those who filled out a Christmas wish list on the Lego France site.

The slipper looks just like a box of the iconic toy with a square shape and bright colours topped with the toy’s logo. The bottom of the slippers also has a gripped sole in the same patterns as the top of a Lego piece.

The slippers have an extra layer of padding in comparison to normal slippers to stop the bricks from jabbing through the fabric.

The slippers are limited-edition for now but if successful, Lego will surely make more available.

The reaction has been with joy from many parents.

One woman joked she was ‘unfeeling’ the pain of treading on Lego for years when looking at the slippers. Another wrote parents should ‘rejoice’ for the invention which will protect their feet against the bricks which can be painful if trodden on with bare feet.

One man called them ‘anti-lego’ slippers and presumably he has adult children as he wished they existed ‘back in the day’.

One parent wrote on Twitter in reference to the slippers: ‘Genius. Parents rejoice’.

Did you know about LEGO?

– The LEGO® name is made from the first two letters of the Danish words LEG GODT, meaning “play well”.

– The LEGO Group patented the LEGO brick with the familiar tubes inside and studs on top on 28 January 1958. All 2 x 4 LEGO bricks manufactured since have been produced to the exact same measurements as this patent.

– LEGO DUPLO bricks are eight times the size of original LEGO bricks – yet they both connect together.

– On average, every person on the earth owns 86 LEGO bricks!

– Laid end to end, the number of LEGO bricks sold in 2012 would stretch round the world more than 18 times.

– To reach the moon you would need to build a column of around 40 billion LEGO bricks.

– The first minifigure was produced in 1978. Since then more than 4 billion have been made – making it the world’s largest population group!

– Each minifigure is exactly four bricks high without a hat.

Take six eight-stud LEGO bricks (2×4) – how many ways can they be combined?

With the aid of computers, the exact number of combinations has been calculated as 915,103,765!