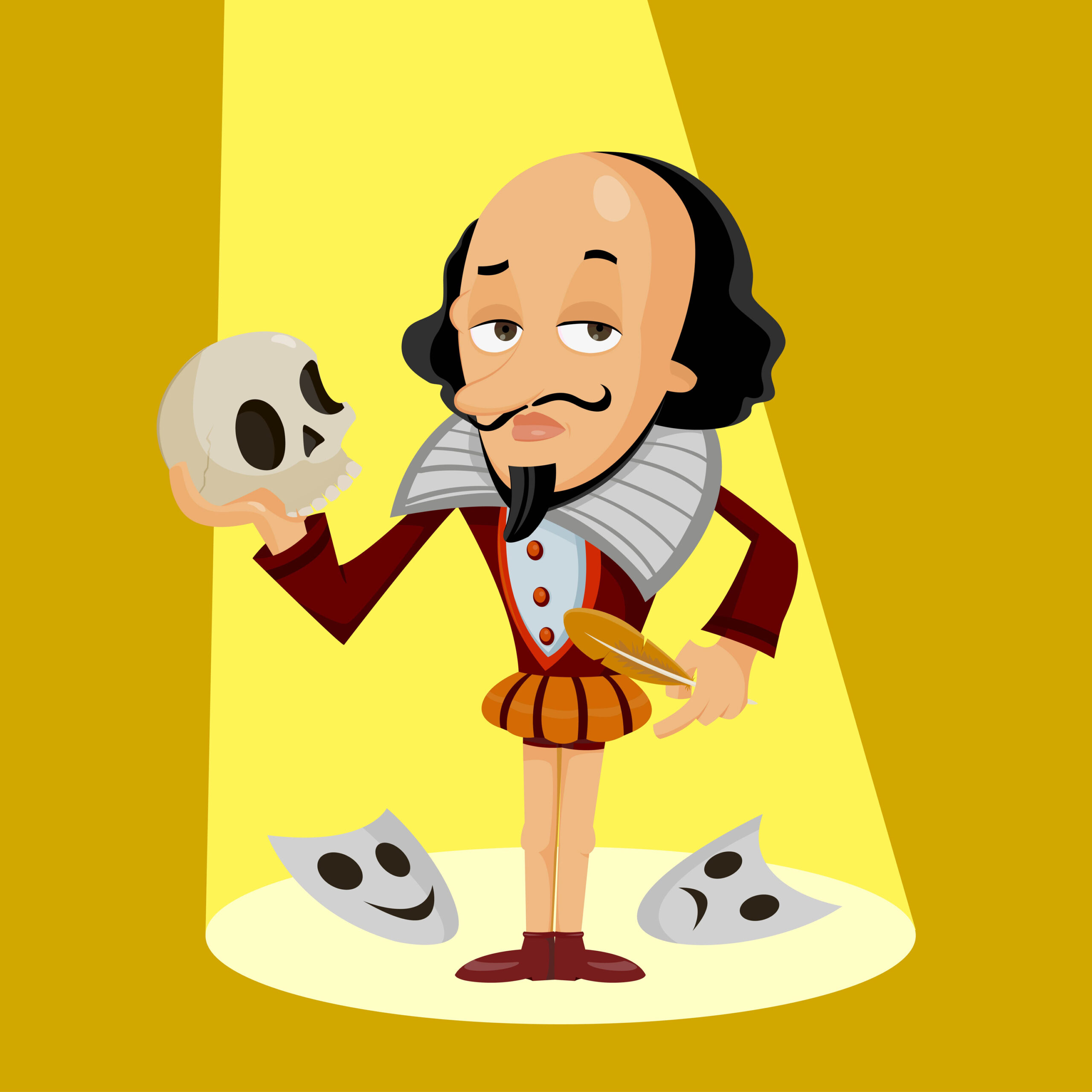 Queen Elizabeth II and William Shakespeare. Two very different persons living in very different times. What connects the two people? The simple fact that they were both born in April. Her Majesty on 21 April,1926, while the famous playwright on 23 April, 1564. Both of them are emblematic, iconic figures of their era, who have influenced the lives of countless people. Queen Elizabeth II has turned 90 this year, Shakespeare was born 452 years ago and died 400 years ago, the same day he was born on. The Queen’s birthday and William Shakespeare’s death anniversary have attracted a lot of attention this year and Great Britain celebrates them with pomp and circumstance they both deserve. 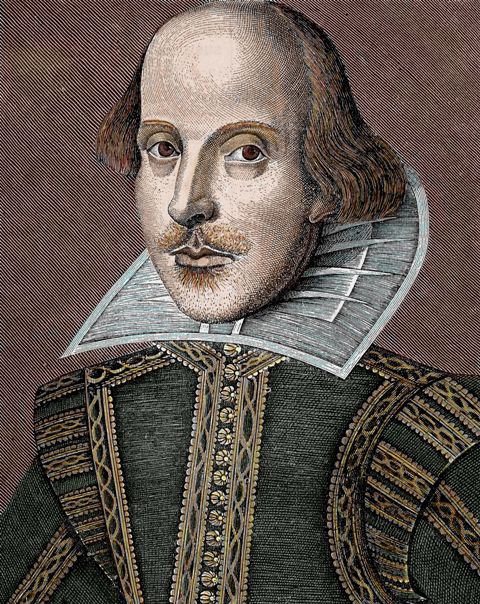 The Bard of Avon who is considered to be the most influential writer of all time was born in Stratford-upon-Avon. Not much is known for sure about his life and even the cause of his death remains a mystery. What we surely know is that his father was a glove maker and leather merchant. They lived in a nice, big house and were presumably quite well-to-do. Their home also functioned as his father’s workshop. The young William probably helped his father making gloves and obviously learned the trade himself. Leather making and references about gloves have found their way into his works in quotations like: “Oh, that I were a glove upon that hand.” (Romeo and Juliet).

The little boy William went to school at King Edward’s, just around the corner from the family home. What type of education did he receive there? He was taught to read and write first then in upper grades the teaching was all about Latin and Greek, translating texts into English, writing speeches and writing stories. He must have been exposed to the stories of Latin and Greek classical literature. Shakespeare left King Edward’s at 15. Unlike the great playwrights of his time – Christopher Marlowe, Ben Jonson – he didn’t go to university, so he was never taught how to write plays. His style, his way of writing were completely new, very distinctive – and maybe for this very reason – quite popular.

At 18, he married a local woman, Anne Hathaway, who was eight years older than him and was three months pregnant on their wedding day. Six months later, she gave birth to a daughter, Susanna. Two years after Susanna, twins were born, Hamnet and Judith, a boy and a girl.

In the 1580s Shakespeare went to London and started working in the theatre business, leaving behind his family in Stratford. He was an actor and a playwright, working together with the Lord Chamberlain’s Men in the Globe Theatre. He was highly successful, his plays sold well and he became a rich man. He retired around 1613, went back to Stratford and died there at the age of 52.

He was an amazing storyteller and a master of the English language. He wrote 38 plays and over 150 poems. There are numerous phrases that we owe to Shakespeare, he invented them or used them first in writing. They’ve become so much part of the everyday English language that few of us could tell that they have originally come from a Shakespeare play. Just to mention a few of them: ‘the be-all and end-all of something’ (Macbeth), ‘for goodness sake’ (Henry VIII), ‘a heart of gold’ (Henry V), ‘own flesh and blood’ (Hamlet) and ‘all of a sudden’ (The Taming of the Shrew). 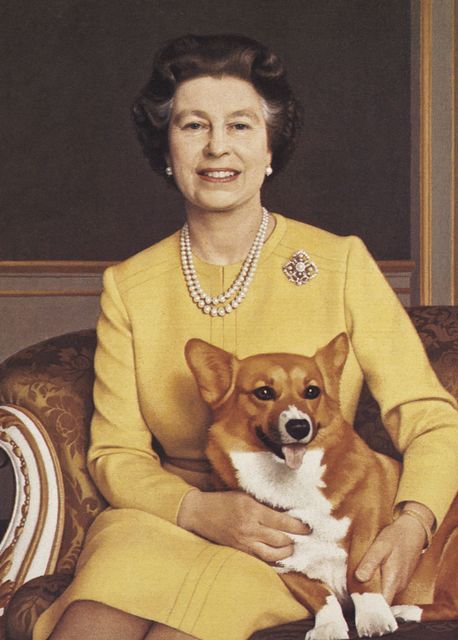 Queen Elizabeth has been the longest reigning sovereign of Great Britain, and at age 90, the oldest reigning monarch so far, overtaking her great-great grandmother, Queen Victoria. Just like Queen Victoria before her, Elizabeth II was not expected to rule either, until the abdication of her uncle, Edward VIII changed the course of history in 1936.

Her reign in numbers

Queen Elizabeth is Great Britain’s 40th monarch and only the sixth queen since William the Conqueror took the crown in 1066.  Her rule has seen 12 British Prime Ministers (Margaret Thatcher was the longest-serving among them – for more than 11 years), 12 U.S. Presidents and seven Popes in office. She is the most travelled monarch in history, who visited over 116 countries during her reign and carries on making international state visits even at the age of 90. She is patron of over 600 charities and organizations and she has conferred over 400,000 honours and personally presided over 610 Investitures. She has given her assent to more than 3,500 Acts of Parliament and except for 1959 and 1963 when she was pregnant with Andrew and Edward, has attended every State Opening of Parliament.

During her reign lots of things have changed fundamentally. When she was crowned Queen in 1953, there was no social media, no Internet, no e-mails. When a royal baby was born the announcement of the birth was traditionally placed on an easel in the forecourt of Buckingham Palace. The Monarchy now has its own website and Facebook account, is present, on YouTube, Flickr, Twitter and Instagram. And though the birth of Prince George and Princess Charlotte was also announced in the traditional way, social media served the primary source for the announcement.

Queen Elizabeth II is a monarch of quite a lot of firsts:  she is the first reigning British sovereign to visit Saudi Arabia (1979), China (1986) and Moscow’s Red Square (1994), the first to set foot inside a mosque, a Hindu temple and the Vatican, the first to open the Canadian Parliament, to broadcast a televised Christmas address, to fly in a helicopter and the first to celebrate a Diamond Wedding Anniversary of 60 years, having been married for more than 68 years. And in 2011, at age 85, she was finally able to visit the Republic of Ireland. The visit was the first by a British sovereign since the bloody struggle for Irish Independence during the reign of her grandfather, George V, who last visited Ireland in 1911. She wore emerald green, spoke a little Gaelic and bowed before Dublin’s nationalist memorial in reverence to those killed in the fight for independence.

Since her coronation, 68 billion coins have been produced (8.1 billion pre-decimal coins and 60.3 billion decimal coins).

She is head of state of the UK and 15 Commonwealth realms, with a combined population of about 139 million.

Her mother – The Queen Mother – died in 2002 at an astonishing age of 101. If long life and good health run in the family and Her Majesty continues to reign healthily and happily, she could be the first British monarch to reach another milestone and celebrate a Platinum Jubilee – 70 years of reign – in 2022.