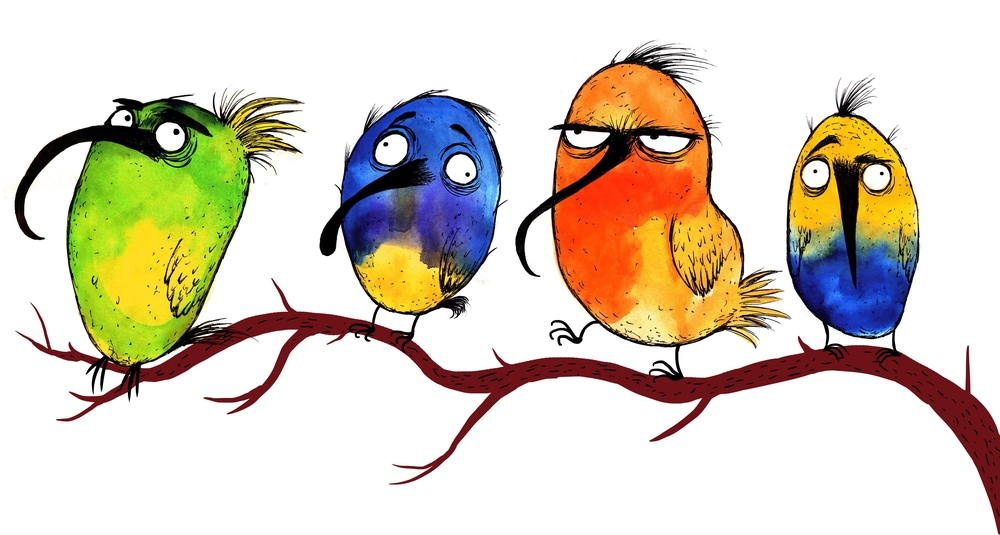 Use the ‘bird’ idioms to complete the sentences. free as a bird – living without any restrictions – libero come un fringuello
a bird’s eye view – from high above – una visuale dall’alto, una panoramica
the early bird catches the worm  –  if you rise early, you can get more work done and succeed – il mattino ha loro in bocca
eat like a bird – eating small portions –mangiare come un uccellino
for the birds – worthless, undesirable – che non serve, inutile
a bird in the hand is worth two in the bush – better to have what is sure even if less than something uncertain but maybe more in the future –meglio un uovo oggi che una gallina domani
a little bird told me – you don’t want to reveal your source of information – “un uccellino mi ha detto…”
birds of a feather flock together – similar people tend to find each other’s company – chi siassomiglia si piglia
the bird has flown – someone you’re looking for has disappeared or escaped – “l’uccello è volato via”, la persona che cercavi è scappata
kill two birds with one stone – get two things done at the same time – prendere due piccioni con una fava