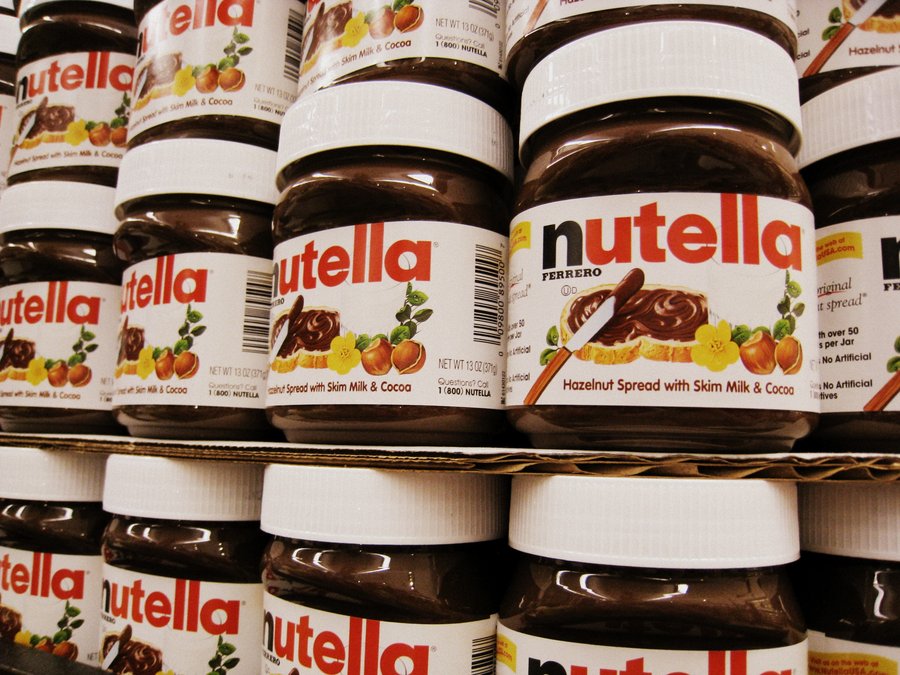 1. NAPOLEON AND HITLER ARE RESPONSIBLE FOR THE WORLD’S NUTELLA ADDICTION.

Back in 1806, Napoleon tried to freeze out British commerce as a means to win the Napoleonic wars (and take over the world). The result was a disastrous continental blockade that caused the cost of chocolate to skyrocket and left Piedmontese chocolatiers in the lurch. Ever resourceful, chocolatiers in Turin started adding chopped hazelnuts to chocolate to stretch the supply as much as possible. The ensuing deliciousness was a fateful paste dubbed “gianduia.”

Over a century later, chocolate again became expensive and scarce due to rationing in Europe during World War II. An Italian pastry maker named Pietro Ferrero once again turned to the mighty hazelnut for salvation in 1946 and created Pasta Gianduja, renamed “Nutella” in 1964.

2. IT ACTUALLY IS THE BREAKFAST OF CHAMPIONS.

According to the Guinness World Records, Nutella’s 40th Anniversary breakfast celebration in Germany in 2005 earned the title of “Largest Continental Breakfast.” A total of 27,854 people gathered in Gelsenkirchen to enjoy a meal that consisted of little more than Nutella itself.

One jar of Nutella is sold every 2.5 seconds throughout the world. According to the United States Census Bureau, one person is born every eight seconds. You do the math. 4. IT SPREADS FAR AND WIDE.

Not only is it available for purchase and feverish consumption in 75 countries, all of the Nutella sold in a year could be spread over more than 1000 soccer fields.

5. NUTELLA-RELATED CRIMES ARE ON THE RISE.

In 2013 the chocolate-hazelnut spread made headlines in Germany, where thieves pulled off a $20,000 heist, stealing 5.5 metric tons of the sweet stuff from a parked truck. Several weeks earlier, Columbia University found itself at the center of “Nutella-gate,” an expose smearing the school for spending $6000 per week on the spread for one of its dining facilities, where students were allegedly snarfing 100 pounds of it per day.

6. WORLD NUTELLA DAY HAS BEEN A BIT OF A ROLLER-COASTER.

Two bloggers in Italy decided to take their love of Nutella to the next level in 2007, and created a worldwide day of celebration dedicated to the addictive substance. Thus, every year February 5th is a day for eating Nutella, sharing Nutella recipes and memories, and looking at photos of Nutella food-porn. In 2013, Nutella manufacturer Ferrero tried to shut down World Nutella Day before reconsidering. But as of 2015, at the request of Nutella Day founder Sara Rosso, Ferrero took over the holiday.

7. THERE’S NO MASKING THE FLAVOR.

The chocolate and hazelnut substance gianduia is named after a character from Italian commedia dell’arte named Gianduja. He is depicted as a smiling Piedmontese peasant with a three-point hat who rides around town on a donkey clutching a duja—which in the Piedmontese dialect means “container.” The duja was said to hold wine … but could have just as easily held a few pounds of that chocolatey hazelnut goodness, no? Gianduja masks are sold all over the Piedmont region of Italy, and his face was plastered all over early Nutella advertisements.

8. NUTELLA HAS A SMEARED REPUTATION.

Nutella became so popular in Italy that Italian markets began to offer free “smears” of Nutella to any kid who showed up with a piece of bread. The phenomenon was referred to as “The Smearing,” and while it could potentially double as the name of a horror flick, was a highly successful marketing strategy. No wonder we’re all addicted.