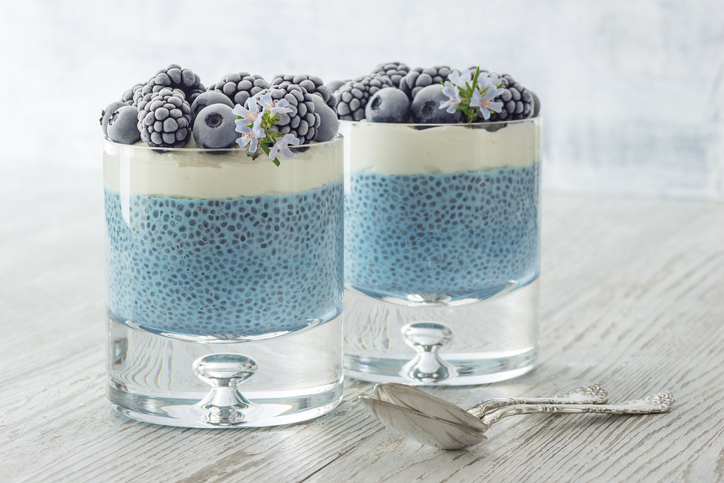 Chia seeds are the tiny black seeds from Central and South America. Legend has it that the ancient Aztecs and Mayans used chia seeds as a source of energy. For such a small seed, chia seeds contain some important nutrients.

They are rich in fibre – which helps with satiety, the feeling of fullness and is important for a healthy digestive system and many of us do not reach the recommended target.

Chia seeds are also relatively high in protein – so are a useful source of plant protein and provide a range of amino acids, particularly for vegetarian and vegan diets. Seeds are rich in minerals such as calcium and magnesium and trace elements such as manganese, which helps make enzymes.

The fibre content of chia seeds, and their ability to hold onto water might contribute to satiety and consequently eating less. Chia seeds have a neutral taste compared to the bolder flavours of pumpkin seeds and hemp seeds. A popular way of eating them is to soak them in water or milk and put them in the fridge for at least 2 hours (or overnight). The seeds absorb the liquid to form a gel, which resembles tapioca in texture and is commonly known as a ‘chia pudding’. To add flavour, you can try soaking the seeds in flavoured milk, fruit juice, or by adding spices such as cinnamon, ginger or a little honey.